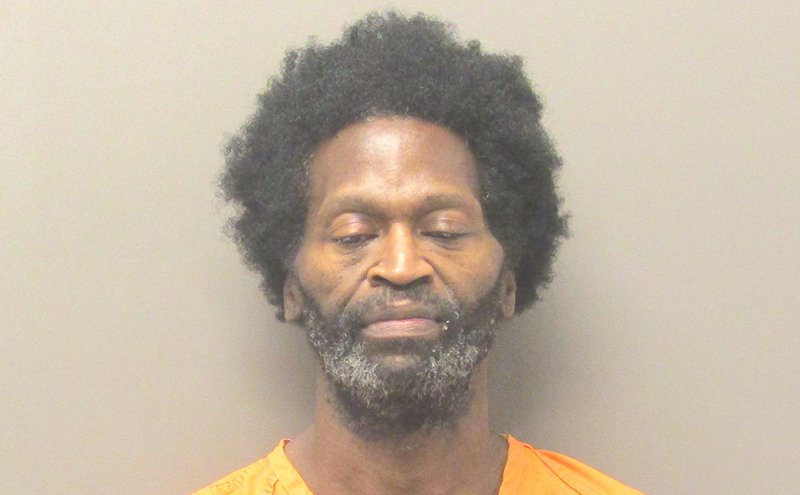 A Hot Springs man was sentenced to six years in prison Monday after pleading guilty to stabbing another man in the ribs in 2017 and stabbing his girlfriend in the eye last year.

Jerry Wayne Moore, 59, who has remained in custody since his arrest on March 2, 2018, pleaded guilty in Garland County Circuit Court to felony counts of second-degree domestic battery and second-degree battery and was sentenced to six years on each count, to run concurrently, while court costs were expunged for time served.

Moore was previously convicted March 8, 2018, of a misdemeanor charge of third-degree battery for stabbing another man in the arm in April 2017 because the man owed him money. Moore pleaded no contest to the charge in Garland County District Court and was sentenced to one year in jail, with all but 30 days suspended.

According to the probable cause affidavit on the second-degree battery charge, on July 14, 2017, Hot Springs police responded to 137 Chapel St. in reference to a stabbing and made contact with a man who had been stabbed in the left rib area.

The man stated he had been "hanging out with friends" at the apartments and he and a friend were "joking around." His friend said something to him that offended a man standing nearby he knew only as "Jerry." He said an argument ensued between his friend and "Jerry" and he told "Jerry" to "calm down" and leave his friend alone.

On March 15, 2018, the victim contacted Detective Mark Fallis and said he saw a booking photograph on social media of Moore after his arrest for the incident with his girlfriend and recognized him as the one who had stabbed him on July 14. A warrant was later issued for Moore's arrest on the battery charge.

According to the affidavit on the second-degree domestic battery charge, on March 2, 2018, police responded again to 137 Chapel St. to reports of a woman bleeding and yelling for help.

They made contact with a woman with "serious" stab wounds to her right eye and the back of her left leg, two black eyes and a large laceration to her head. She stated she was stabbed and beaten by her boyfriend, identified as Moore.

Detective Scott Lampinen responded to the scene and located Moore in a neighboring apartment. He noted Moore had blood all over his clothing as he was taken into custody. Moore stated he couldn't walk without his cane, which was in his apartment, so Lampinen went to get it.

Lampinen states when he opened the door to Moore's apartment, he saw a large amount of blood on the floor and other signs of a struggle. The woman was transported by LifeNet to a local hospital for treatment.

On June 22, 2018, while Moore was still in custody from the incident with his girlfriend, he was served with the warrant from the 2017 stabbing.