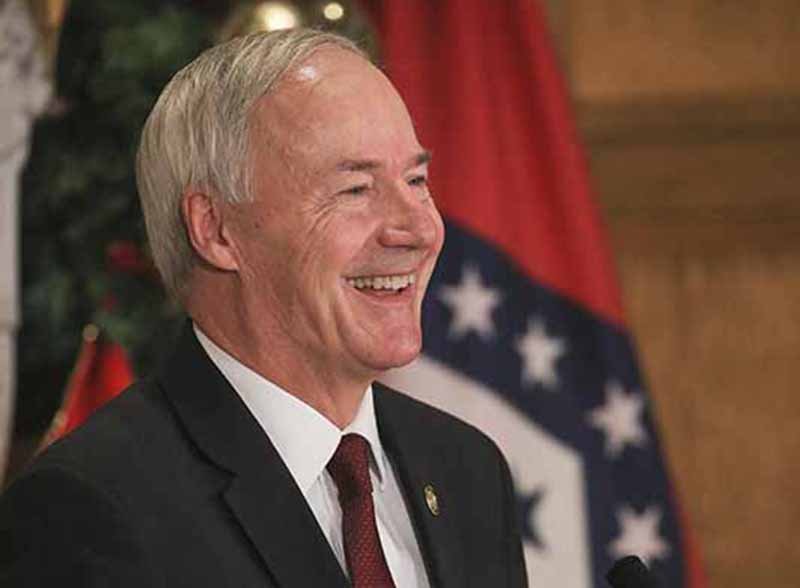 LITTLE ROCK -- Arkansas' Republican governor on Wednesday said he opposes legislative efforts to scale back a minimum wage hike that voters approved last year, a day after a panel endorsed proposals adding exemptions to the increase.

Gov. Asa Hutchinson said that he believes legislators shouldn't change the voter-backed initiative that gradually raises the state's minimum wage to $11 an hour by 2021. Arkansas' minimum wage increased from $8.50 an hour to $9.25 in January under the measure.

A House panel on Tuesday endorsed bills that would exempt small businesses, some nonprofits and teenagers from the minimum wage increase. That measure is pending before the House.

"This is an act of the will of the people of Arkansas and I do not believe it should be changed by legislative enactment ... I think the public has spoken on it and I think we need to abide by that," Hutchinson told members of the Political Animals Club, a group that meets to hear from elected officials and other political figures.

"We should only amend the spoken desire of the people when circumstances so demand," the party said in a statement. "Until then, we should follow the direction of the people and not attempt to alter it."

The opposition from Hutchinson and the party creates an uphill battle for the changes, which need two-thirds support to advance to the Senate. The sponsor of the legislation said she still planned to seek a vote on the bills.

"I realize the people voted, but we vote for things, we have laws and sometimes there are unintended consequences that need to be addressed," Republican Rep. Robin Lundstrum told reporters. Lundstrum said she planned to amend the bills to clarify that the wage would be frozen at $9.25 an hour for those exempted and wouldn't revert to the federal minimum wage.

The proposed changes had already drawn strong opposition from Democrats and groups that backed the wage hike last year, who called the bills an effort to thwart voters' will.

"Anybody who voted for it or supported it was going against the will of their own constituents," said David Couch, the attorney who authored the wage initiative.