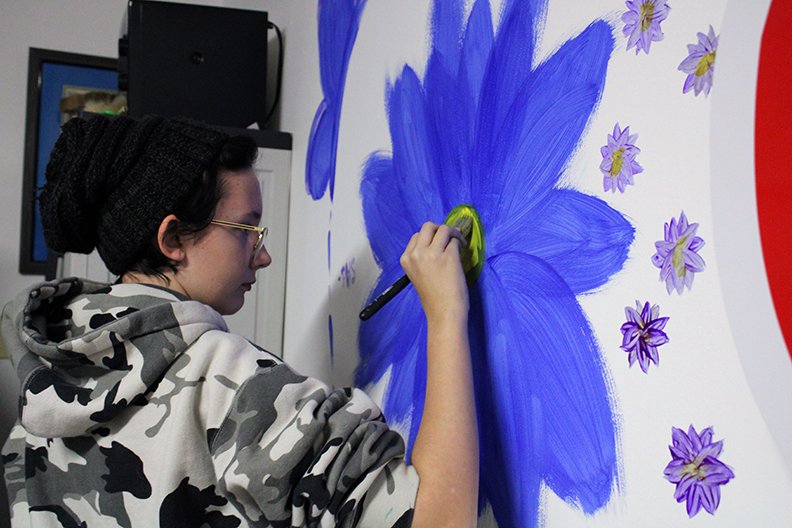 A high school student in the UCA Upward Bound program paints a flower on a wall at the Cutwell 4 Kids studio on Nov. 23. Twenty-five other students also painted on the walls that day. - Photo by Tanner Newton of The Sentinel-Record

High school students in the University of Central Arkansas Upward Bound program recently painted the walls of the Cutwell 4 Kids studio with their hopes and dreams for the future, artwork that will now be featured in a music video.

It was the second time that the program has visited C4K, and this time the 26 students were instructed to paint something related to what they want to be when they grow up.

Anthony Tidwell, the founder of C4K, said the only other rule the youngsters were given was that they couldn't use any curse words.

Upward Bound's director, Michelle Hardin, said that they first brought the kids to C4K in 2016. That trip was "such a pleasant experience," Hardin said, that they decided to return with the new students.

Upward Bound is a program for low-income students who will be first-generation college students, she said.

Watching the kids paint on the walls of the studio on Nov 23, Hardin said, "This is awesome." The previous time that the program visited, the kids didn't get to actually paint on the studio walls. 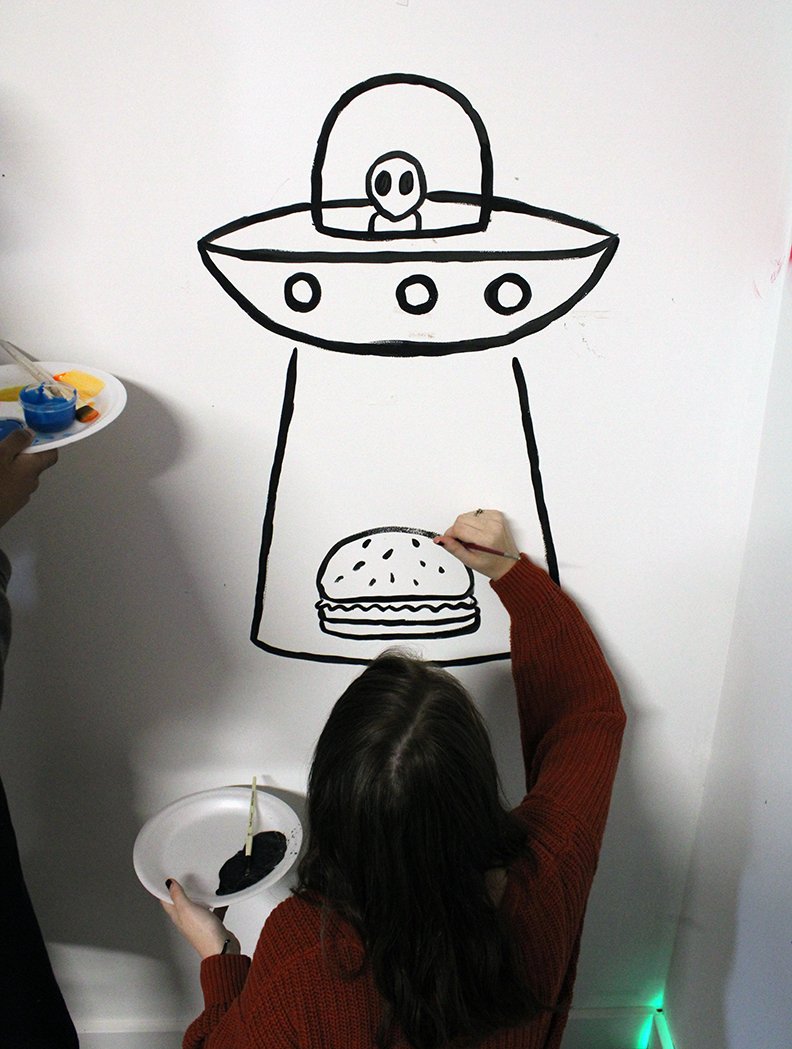 An Upward Bound student, right, paints an alien abducting a hamburger on a wall at the C4K studio. All of the various artworks painted on the walls will be used in a music video that will be shot in the studio in the near future. - Photo by Tanner Newton of The Sentinel-Record

Inspired by the opening credits of "The Fresh Prince of Bel-Air," Tidwell said, "I knew I had a certain look I was going for, and I didn't want to paint it myself (because it would look) to manufactured." 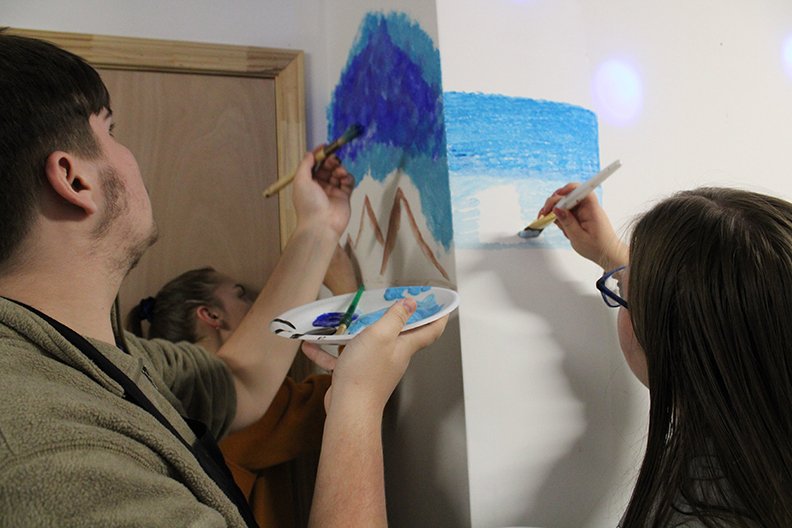 Three Upward Bound students, above, paint various things on the walls at the C4K studio. Each student was asked to paint something related to what they want to be when they grow up. - Photo by Tanner Newton of The Sentinel-Record

In the opening of that Will Smith TV show, Smith is seen getting caught spray-painting graffiti on a wall that is covered in other pieces of graffiti. The randomness of that wall, and how different everything looked on it was the look that Tidwell wanted his walls to look like.

The paintings will not stay on the wall for long, though. Tidwell said he intends to repaint the walls a solid color before the next Gallery Walk. However, a rap group called Foster the People recently recorded a C4K theme song. Before the paintings are covered up, Tidwell said a music video for the song will be shot in the studio with the Upward Bound kids' artwork in the background.

By putting the art in a music video, Tidwell said he is trying to make the artwork immortal.

"It will last forever there," he said.