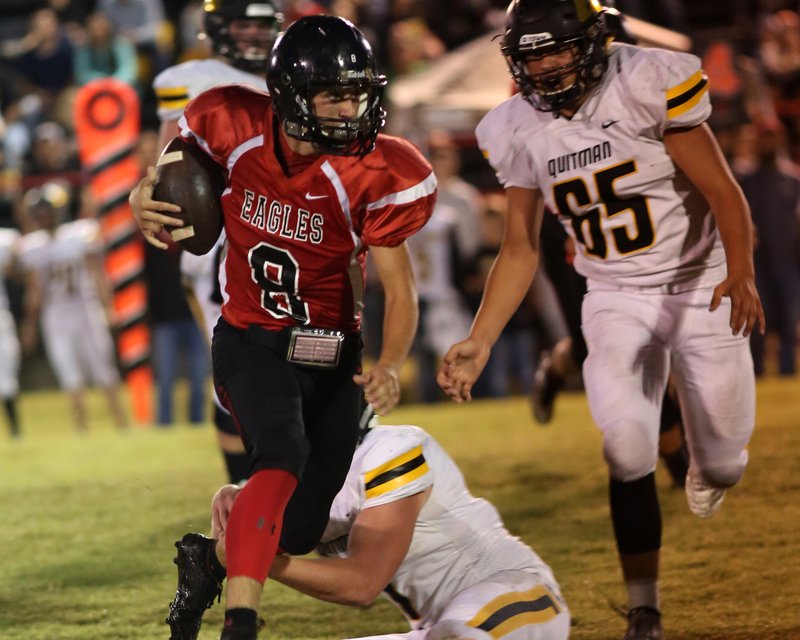 Cutter Morning Star's Matthew Cook reeled in an interception with 5:20 left in the game as the senior returned the ball 96 yards for a score. Classmate Tyler Mace booted the kick to lock in a 28-7 advantage over Quitman (4-2, 1-1 2A-5).

Cook logged three interceptions alone for the Eagles (3-2, 1-1) throughout the course of the night.

With less than a minute left in the game, CMS quarterback Sam Moore reached the end zone on a 5-yard run for a touchdown. The extra point was no good as the Eagles secured the final.

Kaden Prather fueled an early edge for CMS as the junior returned the initial kickoff for the Eagles' leading score of the night. Mace kicked the point after to up the score 7-0 where it remained at the break.

The Bulldogs were plagued by turnovers brought about by multiple deflections on Cutter's defensive front.

Early in the second quarter, Cutter's Keshawn Blevins capitalized on a short gain of three yards as the junior connected with Moore on a pass for a score and Mace kicked the extra point to double the spread, 14-0.

After a fumble was recovered by the Bulldogs, sophomore William Litton zipped into the end zone as Quitman pulled within 14-7.

Moore answered with one more score for the Eagles with 1:45 remaining in the first half as the playmaker rushed for 17 yards followed by Mace's kick to secure a 21-7 spread at the break.