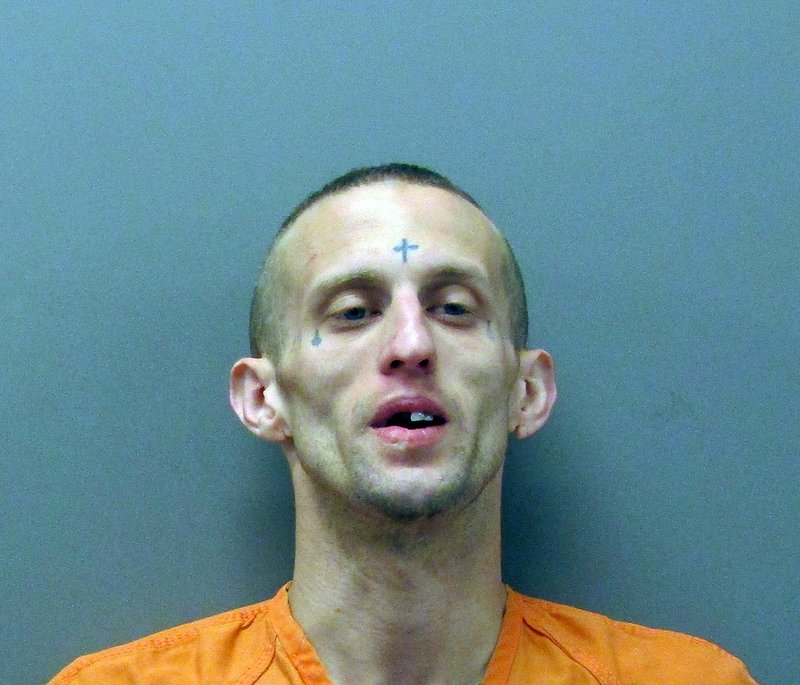 A local man arrested Thursday morning for allegedly assaulting his mother and cousin was soon facing felony drug charges after meth and pills were reportedly found in his possession.

Crabtree was being held on zero bond and was set to appear Friday in Garland County District Court.

According to the probable cause affidavit, shortly after 12:30 a.m. Thursday, Hot Springs police responded to Crabtree's mother's residence regarding a battery and spoke to his mother, 58, and his cousin who stated Crabtree had entered the residence through an unlocked door despite being banned from that address on Jan. 9, 2016.

He had just been arrested the day before on a misdemeanor charge of criminal trespass for coming to the residence, but was later released on $500 bond.

An argument ensued Thursday morning between Crabtree and his cousin in the living room. At one point, Crabtree allegedly grabbed the cousin with both hands around her neck and held her against a mattress.

When his mother came in the room and tried to separate the two, Crabtree grabbed his mother's phone and attempted to take it from her. In the process, his mother suffered a cut to her left arm. Crabtree then got the phone and fled the residence. Officers noted injuries to both victims consistent with their story.

Shortly after 8 a.m., police located Crabtree in the 100 block of Centerview Street and took him into custody without incident. In searching him, they reportedly found an improvised glass pipe, made from a light bulb, in his pocket. In his backpack, they reportedly found a bag with 16 unidentified white pills and a nasal spray bottle.

Inside the bottle, they found a baggie with 1.2 gram of what later tested positive for meth.

According to court records, Crabtree had pleaded no contest in district court on Oct. 11 to criminal trespass at the same address and was sentenced to 10 days in jail and ordered not to have contact with his mother or that address.

On April 8, 2019, he had pleaded no contest in district court to misdemeanor charges of possession of drug paraphernalia and public intoxication and was sentenced to one year in jail, with all but 30 days suspended. Judge Joe Graham specified at that time Crabtree would not be eligible for early release.