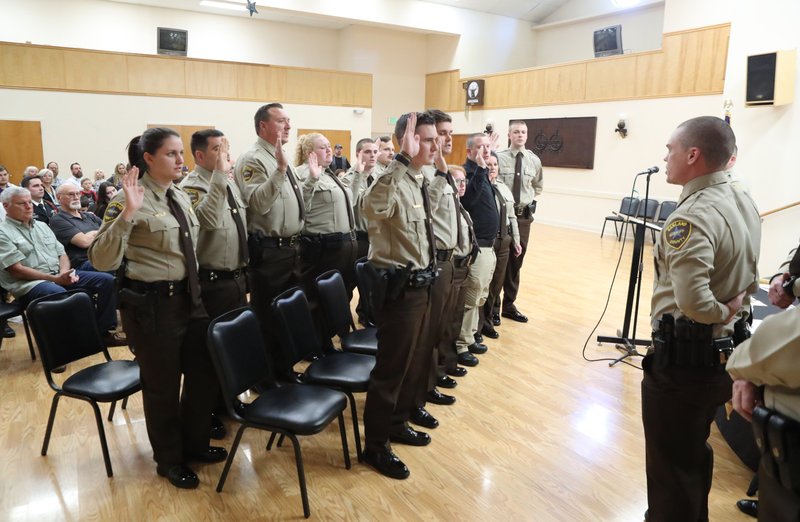 Thirteen deputies received their deputy badges during the ceremony and will begin work at the Garland County Detention Center.