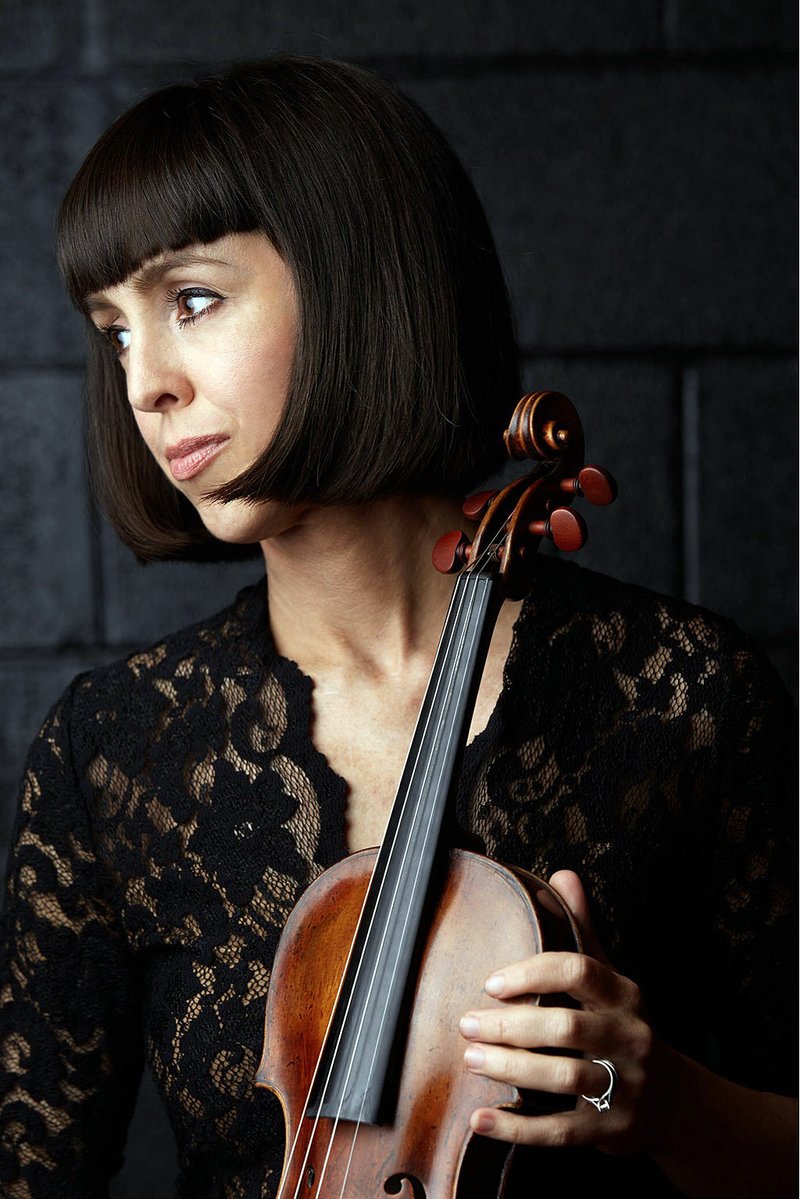 Concertmaster Drew Irvin was originally scheduled to perform but was called out of state to assist a colleague.

"We are delighted to have Meredith play for us," said Lynn Payette, director of Music at St Luke's Episcopal Church and executive director of the Hot Springs Music Festival. "I know our audiences are in for a delightful afternoon of music."

Hicks joined the Arkansas Symphony in 2002 after receiving her master's degree in Music Performance and completing doctoral coursework at Florida State University. A native of Nashville, Tenn., she graduated from Belmont University with a bachelor's degree in Violin Performance before becoming an exchange student in Moscow, Russia, at the Russian Academy of Music, Gnessin Institute. Her teachers include Elisabeth Small, Karen Clarke and Eliot Chapo.

Hicks' orchestral experience includes the concertmaster position at both of the universities she attended, as well as holding positions with the Memphis, Jacksonville, Naples and New World Symphony Orchestras. As a chamber musician, she is a member of the Arkansas Symphony's flagship string quartet, the Quapaw Quartet and the Albani Trio at the University of Arkansas Little Rock.

"While considering chamber music her first love, Meredith also enjoys teaching students of all ages," a news release said. She teaches privately and is a member of the Suzuki Association of the Americas. She is the Visiting Lecturer of Violin and Viola at the University of Arkansas Little Rock; a position made possible through a partnership between the University and the Arkansas Symphony Orchestra.

Hicks was the 2016/17 winner of the Belmont Encore Award for outstanding alumni in classical music and was recently named Principal Second Violin with the Arkansas Symphony.

Cheek is a Little Rock native who made her professional debut at the age of 14 as soloist with the Arkansas Symphony Chamber Orchestra. She has been a featured artist many times since then, not only with the Arkansas Symphony but with renowned symphony orchestras throughout the United States. Her appeal as a solo classical recitalist, often coupled with master classes, is widespread across America and Europe.

There is no charge for admission, but donations to the Hot Springs Music Festival Scholarship Fund will be accepted. Ten percent of the donations will be given to St Luke's Outreach Programs. St. Luke's is accessible to the disabled.