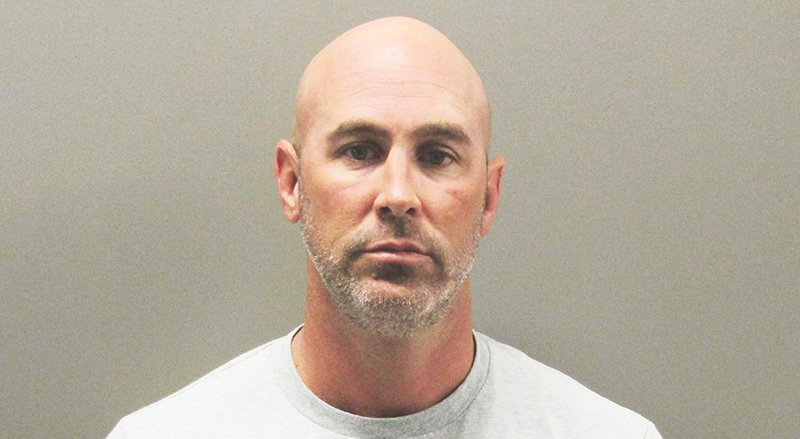 A Pearcy man arrested nearly a year ago after surveillance video and the sale of two valuable stolen watches identified him as a suspect in a burglary was sentenced to 10 years in prison Monday.

Zachary David Brinson, 39, who has remained in custody in lieu of $100,000 bond since his arrest Sept. 25, pleaded guilty in Garland County Circuit Court to a felony count of theft of property over $25,000 and was sentenced to 10 years while additional felony charges of residential burglary and first-degree criminal mischief were withdrawn.

According to the probable cause affidavit, on Sept. 17, 2018, shortly after 7:30 p.m., police responded to an interior motion alarm at a residence on Fairplay Terrace, but didn't find anything.

The next day, police responded to the residence again after an employee of the homeowner, who was out of town, called to report a burglary had occurred. He showed police where someone had forced entry to the rear of the residence by breaking out the glass in a rear door, causing an estimated $2,000 in damages.

Surveillance video from the residence did not show any vehicles coming or going at the time of the burglary, so police believed the suspect had to come through the woods from Lakeside Road to the back of the residence. Video was collected from a residence in the 400 block of Lakeside Road that showed two sport bikes traveling past the residence going toward the victim's house at 6:56 p.m.

The first sport bike was a blue and green Suzuki GSR driven by a suspect wearing black clothing and a black helmet. The affidavit notes the bike matched the make, model and color of one reportedly owned by Brinson. The bikes passed back by the Lakeside residence at 7:48 p.m., eight minutes after the initial alarm at the victim's residence.

On Sept. 21, a witness contacted police to report he might have the two Rolex watches stolen in the burglary. He said a fellow employee had called him about purchasing two Rolex watches on Sept. 17, shortly before 10 p.m. The watches were sent to a local jeweler to be authenticated and were still in their possession.

The watches were brought to the police department and verified to be the stolen watches based on the serial numbers.

Police spoke to the fellow employee who stated a known suspect, identified as Brinson, had contacted him on the night of Sept. 17 about selling two Rolex watches. Brinson had sent him a photo of the watches which he forwarded to the witness to see if he wanted to buy them.

Brinson later brought the watches to the employee's place of business on Sept. 18 and surveillance video at the business showed Brinson there. A warrant for Brinson's arrest was issued on Sept. 25 and he was arrested later that day.