Man charged with two counts of attempted murder for drive-by 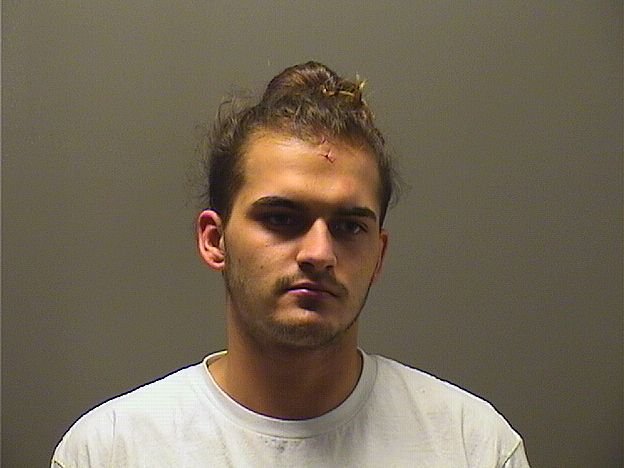 The drug charges stem from allegations Johnson was in the middle of a drug deal at a local convenience store when Hot Springs police arrested him on the other felony warrants.

Johnson was being held on a $208,500 bond and was set to appear Friday in Garland County District Court.

According to the probable cause affidavit on the attempted murder and gun charges, on Monday, shortly before noon, police responded to the 300 block of Park Avenue regarding shots fired. Upon arrival, officers spoke to a man and woman who said they had been shot at moments earlier by a known suspect, identified as Johnson.

Both of them stated they were walking north on Park when a newer model black Dodge Charger pulled up next to them and the driver, whom the man reportedly recognized as Johnson, asked him what his name was so he walked toward the vehicle.

As he approached, he said Johnson turned to a white male front seat passenger and asked him, "Is that him?" and the passenger answered, "Yes."

The man said at that point Johnson pointed a black handgun with green grips at both him and the woman and fired about four shots as they ran away.

The affidavit notes numerous witnesses corroborated the statement of the man and woman along with video surveillance from the area later obtained by police. Two spent 9-mm cartridge cases were also recovered.

The man described Johnson as having long brown hair, kept in a ponytail, and a scar on his forehead. He described the passenger as young, possibly even a juvenile, with short hair and a tattoo under his right eye. A snapshot of the suspect vehicle was sent out to other officers to be on the lookout.

Shortly before 6 p.m. Monday, Officer Thomas Plummer spotted a black 2019 Dodge Charger with expired tags in the area of Main Street and Albert Pike Road and noted the occupants and vehicle matched the description put out earlier.

In searching Johnson, officers reportedly found $1,295 in cash "in a wad" in his pants pocket and a credit card that had been reported stolen by a local man previously. Johnson also allegedly had other items belonging to the same victim.

The affidavit notes that in addition to narcotics, the handgun magazine to a Smith and Wesson 9-mm was found in the car, fully loaded with 16 cartridges, and a spent 9-mm cartridge case was found on the floorboard behind the driver's seat which matched the two spent casings found on Park in both type and manufacturer.

It was determined the Smith and Wesson handgun had been reported stolen on Feb. 14 by a local man. It was also determined the magazine located earlier was the same model as the gun.

Johnson was later released on a $19,500 bond while Wicklund has remained in custody since. Warrants on the new charges of attempted murder, simultaneous possession and theft of a firearm were later issued for Johnson.

According to the affidavit on the new drug charges against Johnson, shortly before 9 p.m. Thursday, officers responded to the Valero, 1201 Central Ave., after learning Johnson was possibly inside the store.

Officer Cash Murray searched the back cooler area and located Johnson talking with Jesus Alberto Cruz Martinez, 25, of Hot Springs, and detained both of them. He noted that between where the two were standing was a set of digital scales and a small bag containing 0.7 gram of what later tested positive for meth.

Johnson allegedly had numerous baggies in his jacket pocket. After a consent to search order was obtained from the store's owner, the scales, meth and about 0.5 grams of loose marijuana were recovered from the scene.

Johnson was last charged on March 5 on two counts of aggravated assault stemming from allegations he was involved in a drive-by shooting on Feb. 19 at the intersection of Park and Fox Pass Cutoff, where a man, 22, and juvenile girl were shot at by a man, later reportedly identified as Johnson, in a black Dodge Charger.

He was later released on a $25,000 bond and had been set to be arraigned on those charges Tuesday in district court, but his arraignment was later postponed to May 19 "due to a health emergency," according to court records.

On Feb. 20, Johnson and three other suspects, including Wicklund, were arrested after a loaded 9-mm handgun and drugs were found in Johnson's Dodge Charger following a traffic stop. All four were charged with felony counts of simultaneous possession of drugs and firearms, punishable by up to life in prison, and possession of marijuana with purpose to deliver and possession of drug paraphernalia.

Johnson appeared Feb. 21 in district court and pleaded not guilty to the charges and was later released on a $25,000 bond. The case is pending in Garland County Circuit Court.

His arrest stemmed from an incident on Nov. 3 where he was allegedly found overdosing at his residence. He told Garland County sheriff's Deputy Matt Cogburn he had taken hydrocodone, cocaine, heroin, mushrooms and marijuana. Cogburn was able to revive Johnson using Narcan and he was transported to a local hospital and arrested after his release.