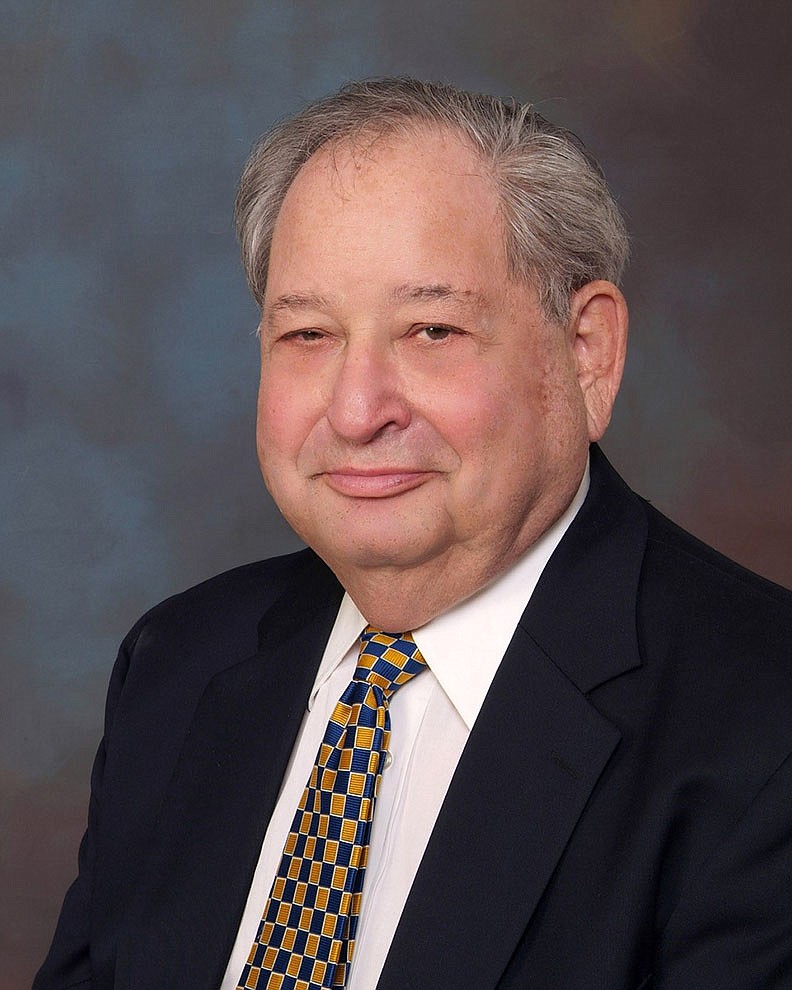 Together with his wife of 53 years, Patricia Wise Tanenbaum (z"l), he dedicated his life to his family, to his worldwide friends and to his expansive community. Service to community was in his DNA and added great purpose to his life. In 1956, Jerry and Pat, returned to Dumas from Tulane University to help his father start United Dollar Stores. UDS would grow into one of the region's largest employers, as the headquarters serviced more than 300 stores and offices in Hong Kong, Singapore and New York. UDS listed on the American Stock Exchange in 1968. He started or managed many other businesses, especially in international trade, manufacturing and investment partnerships. He was president and chairman of UDS Inc. from 1961 to 2009, and chairman of Smith Steel Inc. from 1978 to present.

His work in the community began as soon as he settled in Dumas. At age 36, he received an Arkansas Outstanding Young Man award and in 1974 was recognized by a Distinguished Arkansan Award. After developing a philanthropic program to support treatment of Sickle Cell Anemia, he was awarded an Honorary Doctor of Public Service by Arkansas Baptist College. Tanenbaum also served four years on the Arkansas Tax Revision Commission, including as co-chairman.

Tanenbaum was a globally recognized leader in the Jewish community. He lived trying to fulfill Judaism's teachings of justice and charity. He believed it was his duty to "repair the world" and to commit "acts of lovingkindness." His service to his religious community began as president of Meir Chayim Temple in McGehee. In 1972, he became the second chairman of a new summer camp for Southern Jewish children in Utica, Miss., serving 11 years. That experience moved him to lifelong service to the Union for Reform Judaism (formerly known as the Union of American Hebrew Congregations). He rapidly joined the Board of Trustees and became president of its Southwest Council. Later, he chaired the national body's Small Congregations Committee and the Youth Committee. After service to the Union for Reform Judaism's Executive Board as a vice chairman, he was made an honorary life member of its Board of Trustees. He sat on the Board of Governors at Hebrew Union College-Jewish Institute of Religion, the seminary for Reform Judaism, where he was also made a life board member.

Together with Pat, he served as founding board member of the Museum of the Southern Jewish Experience. Later, Tanenbaum extended his leadership and service to the global effort to support Jews in places where religious freedom was more difficult. He served as chairman of the North American Board of the World Union for Progressive Judaism and led its efforts to support Jewish communities in Central and South America. He worked tirelessly to facilitate loans of Judaism's sacred text, Torah, from fortunate congregations to those in need, including in the Former Soviet Union. He was a founding co-chairman of the merged Association of Reform Zionists of America/World Union North America. Tanenbaum was an ardent supporter of the State of Israel and, with Pat, traveled there many times.

For his dedication to world Jewry, in 2000, Tanenbaum received the World Union for Progressive Judaism's highest award, as an International Humanitarian. In 2011, he was the recipient of Hebrew Union College's Sherut L'Am award recognizing exceptional service to the Jewish People.

Tanenbaum's charitable contributions were local as well as national and international. In Dumas, he was a generous contributor to civic life and well-being, moving his family to contribute land and funds to public works, including Dumas High School, the Dumas Art Center, libraries and park land.

His community work did not end when Pat and he adopted Hot Springs as their new home in 1991. He joined Rotary and continued his work to improve his community. He served as chairman of the Hot Springs Documentary Film Institute and promoted its annual film festival, which he loved. Tanenbaum served as president of Congregation House of Israel in Hot Springs. He was a trustee of the Leo N. Levy hospital for over 15 years.

Jerry Tanenbaum was a man full of life. He loved sports and competition of all types. He loved to read and never stopped learning. He was an avid bird hunter, fisherman, international traveler and a fan of good food and wine -- as long as he could share them with friends and family.

He was a loving son of Bernard and Naomi Tanenbaum (z"l) of Dumas and devoted husband to Pat, who preceded him in death by 12 years. He was a father to and is survived by two sons, whom he loved and inspired to follow his exemplary life: Jay and his wife Babette, of Atlanta, Ga., and Al and his wife Donna, of Chevy Chase, Md. He adored his grandchildren: Jill and her husband Bennett Cierny and Jason and his wife Samantha Tanenbaum, all of Atlanta, and Kara and her husband Mike Rothberg, of Greensboro, N.C., and Adam Tanenbaum, of Chevy Chase. He was the proud great-grandfather to Jackson, Dylan, Paxton and Lilly. Tanenbaum is also survived by his three nieces, Pat Hamilton, Kathy Grundfest and Julie Genn, all of whom he loved dearly.

The family requests that those wishing to honor Jerry's memory consider a donation to one of the many organizations he served during his life or to a charity of their choice.

To respect the safety of friends and family during the current pandemic, a traditional memorial service will be deferred and a small graveside ceremony is planned in Dumas. Arrangements by Griffin Funeral Home, Dumas, Ark., online guestbook https://www.griffinfh.com.