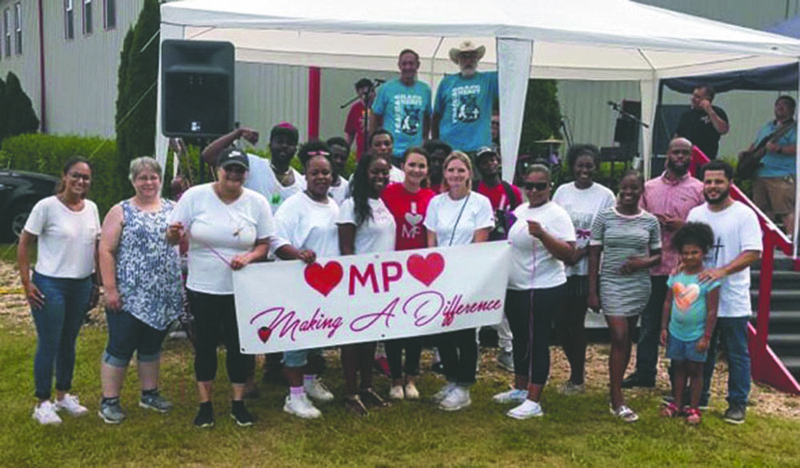 Returning to her hometown after a 10-year absence, Mountain Pine native Britney Howard found her community had deteriorated. In an effort to help turn the small town around, Howard created a nonprofit organization and got to work.

"The city seemed to have taken a turn kind of for the worst since I've been gone. When I came back, I just wanted to be able to give back to the community. I noticed we don't have anything to do out here like we used to," Howard said.

"Used to when I got out of school, we would go over to the Boys & Girls Club and have fun. Well, they don't have stuff like that. So that's what prompted the 'Kids Give Back.'"

Howard's family has lived in Mountain Pine for decades. Four generations in her family have walked the halls of Mountain Pine's schools. It was where her mother raised her and now, where Howard plans to raise her two young sons.

"My brother got killed in 2013 and I was in Dallas. Then my mom turned around and her house burned down and she got hit by an eighteen-wheeler. Then my grandma got diagnosed with cancer. At that point, I was like, 'I got to go home and be with my family.'"

Howard packed up all her possessions and two young children and moved back home. Soon after, she began working as a police officer for the city of Mountain Pine. During her time patrolling the city's streets, Howard said her eyes opened to the needs of the people living in her community.

Seeing this sparked a fire of determination within, Howard noted. She began researching ways to help her community and eventually formed her nonprofit organization Mountain Pine Street Reach Program.

"Unfortunately, we've been segregated for many years by railroad tracks. Right after I go the 501 (c)(3), they took them out. That was our push in the right direction; that invisible line is gone," she said. 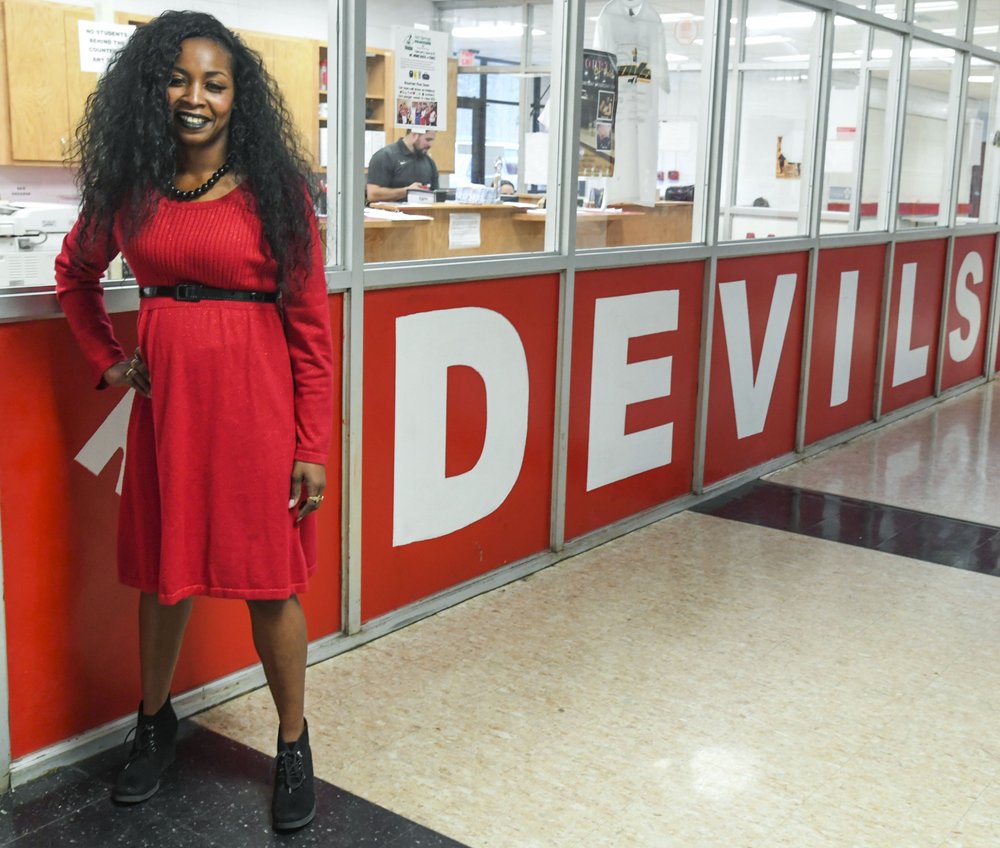 Brittney Howard has her photo taken in Mountain Pine High School on January 30.-Photo by Grace Brown of The Sentinel-Record

The organization's first undertaking is what Howard calls a "Kids Give Back" event held by the Mountain Pine School District. Through donations, fundraising, and even money out of her own pocket, Howard hosted the event and provided every student within the district with items they may have needed.

"We got every kid that goes to school in Mountain Pine backpacks, we had clothes, and over 400 pairs of brand-new shoes," she said.

Since then, Mountain Pine Street Reach has hosted bingo nights for adults, a haunted mill for children in the community around Halloween, and other activities geared toward community building and giving children in the area outlets intended to divert them from getting into trouble. Howard said the organization has already begun work on their next project, renovating a vacant building to make a community center that Mountain Pine students can go to after school each day.

"We need a place kids can come after school desperately. We want to be able to offer help with homework and be on the food program where we can at least offer them dinner. Some of these kids, when they leave school, that is the last meal they get," she said.

"As far as our older kids, we want to do something like home economics. Teach them some basic life skills like taxes, how to cook, how to wash clothes, and everything else. And I say it's to teach them how to wash clothes, but it's to really make sure they have a place to clean their clothes for school because many of them don't."

Howard's work in the community has not gone unnoticed. With each event, Howard says the number of volunteers just grows. Even her children began to follow suit and started to donate their time and resources to the community.

"I see them wanting to give more. For example, my son asked for cart money today. He could have asked for one dollar for himself but instead, he wanted to get enough to buy him and about four of his friends something. I also see them doing a lot of giving when we go down the street and see somebody homeless," she said.

"They're like, 'Mom, do we have any of the Ziploc bags?' because we normally carry around Ziploc bags that have pads, lotions, deodorant, soaps, and even gift certificates to food restaurants and stuff like that. So when they see people that are homeless or people who are less fortunate, they are so quick to give."

However, with the support, Howard has also faced some backlash from a small portion of the community. Still, she says her motto is to 'keep on drivin" and continue making a difference in the community. And she has big plans in store for the future.

" ... Just to see the smiles on everybody's face is what keeps me driving. It keeps me going to know that they appreciate it even though I have a few that don't. That's OK, but the majority do (appreciate it). That's all that matters to me," she said.

For now, Howard said she focused on the bright future she feels Mountain Pine has the potential to reach. With work on the after school community center underway and more fun activities in store for the community as a whole, Howard sees no end in sight.

"My goal is for the nonprofit to be totally grant funded so that it can be a free service to these kids out here. I would rather them not pay anything. That's why I started a nonprofit organization rather than a profitable business. I don't want to profit off of this. I want the community to profit off of it," she said.

"I hope that once I get old and I'm done, I hope that somebody will pick it up and keep it rolling for the next generations going forward. We need that."