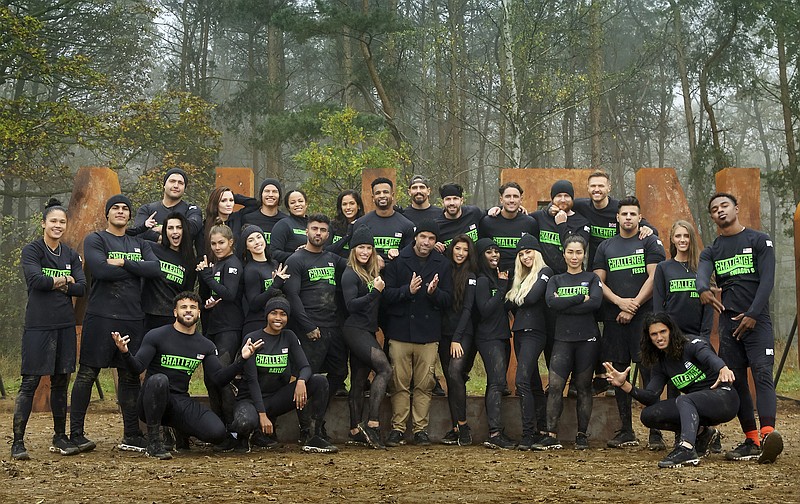 This image released by MTV shows the current cast of MTV’s reality competition series, “The Challenge.” Currently airing its 35th season, the coronavirus pandemic has allowed “The Challenge” to draw in new viewers to its consistently loyal fanbase. This season’s premiere gained its highest rating in more than 14 years. (MTV via AP)

NEW YORK -- Before "Survivor," "The Amazing Race" and "American Ninja Warrior," there was MTV's "The Challenge."

It's often brought big ratings and memorable moments for the network, but longtime host T.J. Lavin doesn't believe the show gets the respect it deserves.

"I definitely think it's probably the most underrated show on television," said Lavin, a former professional BMX competitor and X Games gold medalist.

Currently airing its 35th season, the coronavirus pandemic and the lack of live sports has allowed "The Challenge" to draw in new viewers to its consistently loyal fanbase. This season is on pace to be the highest rated in eight years, MTV said.

Lavin said he doesn't look at ratings but has felt the increase.

"(Men) used to come up to me and say, 'Hey, can I get a picture? My wife loves you.' Now, it's 'I'm a big fan, bro. Can I get a picture?'" he said with a smile. "It's funny because it's definitely expanded because of the sports situation."

The show revolves around a different theme each season, pitting competitors in a series of weekly mini-competitions that combine puzzles, and strategy and arguably the most physical competitions in the genre. Castmates are sequestered in a huge, decked out house in an exotic locale that provides the drama MTV shows are known for. Most episodes end with two players going head-to-head in the hopes of qualifying for a days-long final challenge and a large cash prize. The show airs Wednesdays at 8 p.m. EDT on MTV.

Although "The Challenge" came first, it hasn't garnered the same type of critical acclaim, or Emmy love, as some other reality competition shows.

"I don't think that it gets its due in the pantheon ... of reality television," said Breanna L. Heldman, a senior editor at People magazine. "Some of that is because 'Survivor,' 'Big Brother'-- those are on big networks and they're getting a lot more viewers."

Debuting in 1998, contestants were tapped from MTV's "Road Rules" which last aired in 2007, before adding casts members from the groundbreaking series "The Real World." Story lines, and rivalries, have developed over multiple seasons.

"We've gotten to watch them grow and fall in love and fall out of love and make enemies and kiss and make up and make the enemies again," said Heldman. "'It is a soap opera as much as it is a reality competition series."

Contests are being constantly reimagined, with this season upping the complexity and peril. One challenge called "Bomb Squad" has teams of players search for hidden numbers to solve an equation while riding in a stunt car driving on two wheels. "Flag Down" straps players to the side of a moving tank while they collect flags. Then there's a hilarious trivia quiz -- Lavin's favorite -- in which contestants answer basic pop culture questions while suspended above open bodies of water. Wrong answers lead to breathtaking drops, sometimes resulting in injuries.

Another aspect has been upped this season: its cinematography.

"I think that people generally gravitate to something that makes you feel like you're in it. And that's been my goal," said Jason "Ninja" Williams, this season's director of photography.

This season, dubbed "Total Madness" with a post-apocalyptic theme, was filmed in a Cold War bunker outside of Prague -- a far cry from the cushy digs contestants are accustomed to. Williams, one of the few Black cinematographers in television production, said while he doesn't scout other competition shows, he is inspired by Hollywood. 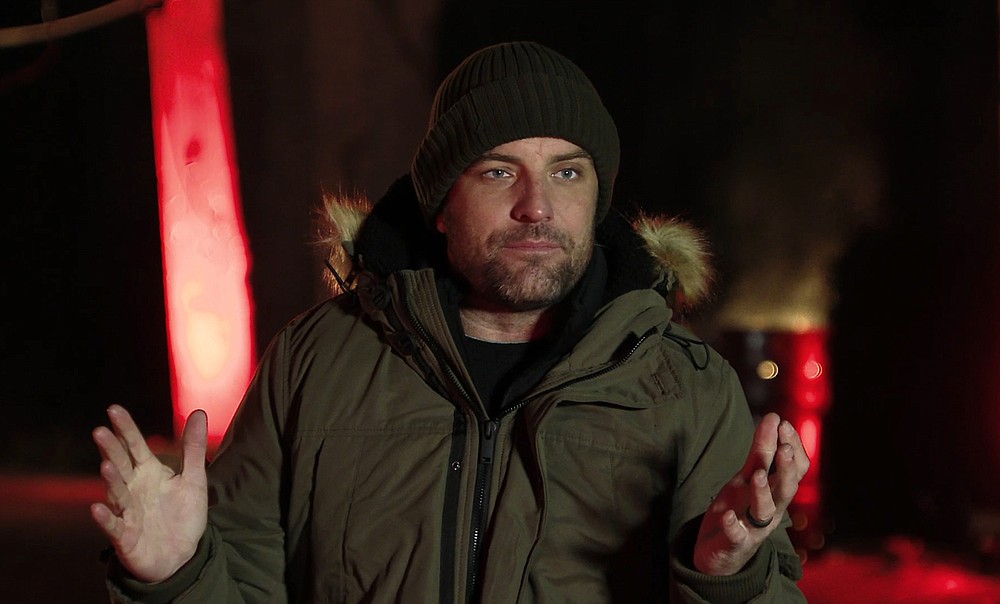 This image released by MTV shows T.J. Lavin, host of MTV’s reality competition series, “The Challenge.” Currently airing its 35th season, the coronavirus pandemic has allowed “The Challenge” to draw in new viewers to its consistently loyal fanbase. This season’s premiere gained its highest rating in more than 14 years. (MTV via AP) 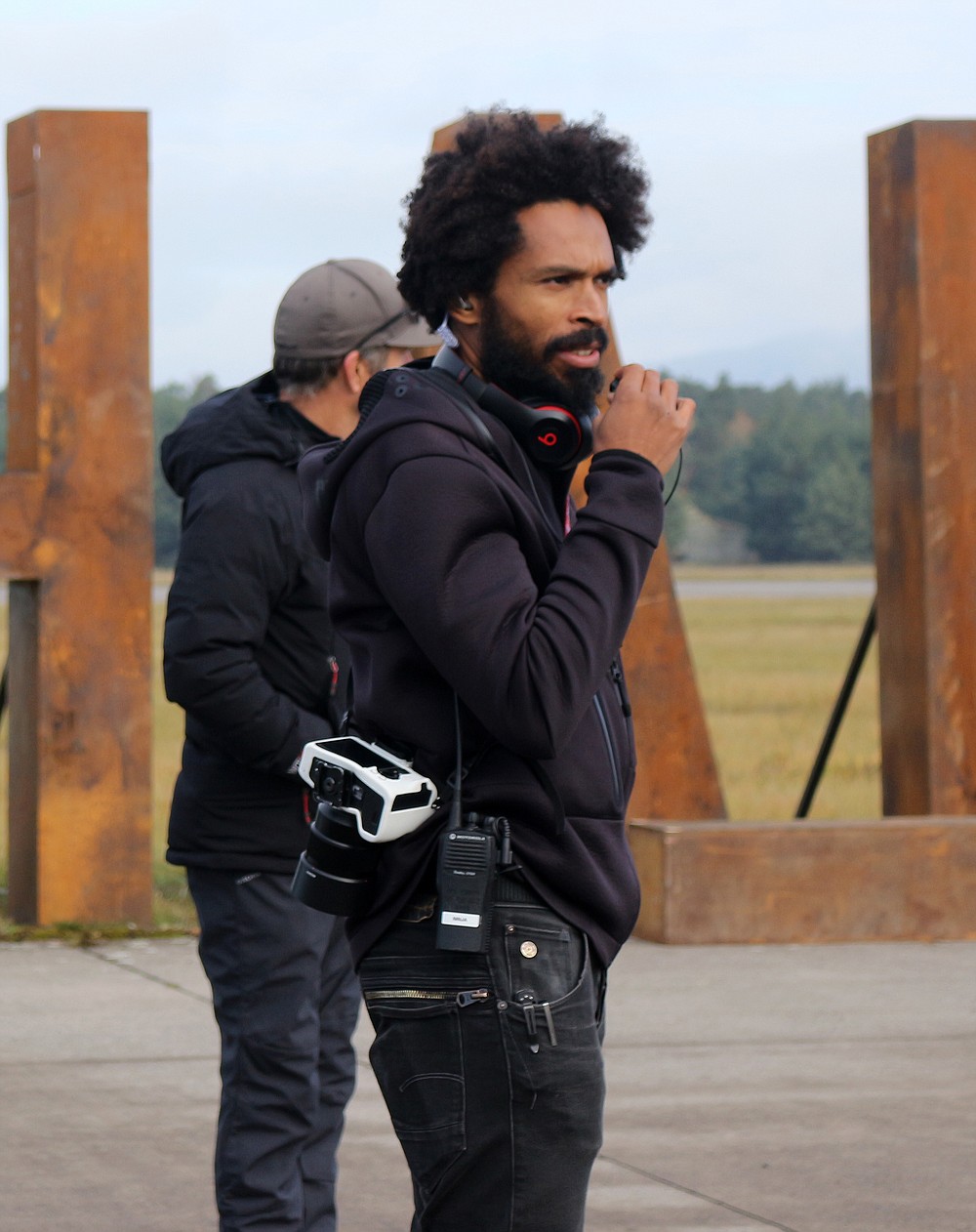 This image released by MTV shows director of photography Jason “Ninja” Williams during the production of MTV’s reality competition series, “The Challenge.” Currently airing its 35th season, the coronavirus pandemic has allowed “The Challenge” to draw in new viewers to its consistently loyal fanbase. This season’s premiere gained its highest rating in more than 14 years. (MTV via AP)