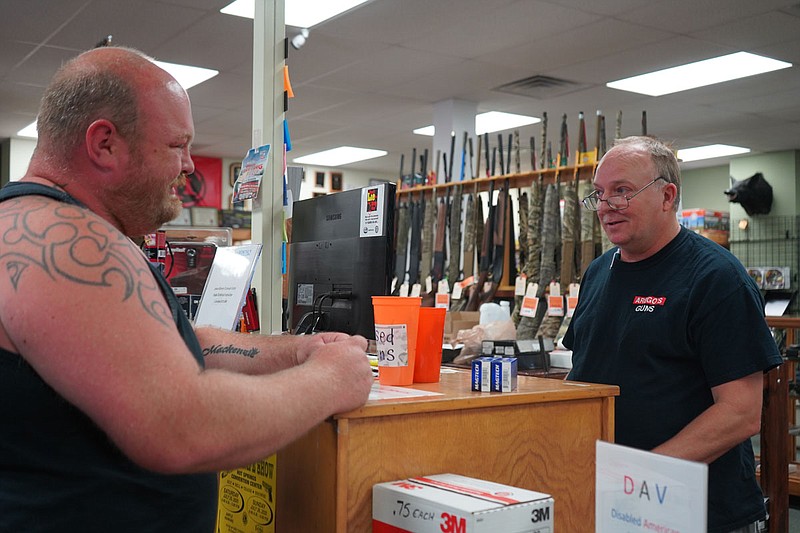 A pandemic that slowed firearm and ammunition production, coupled with riots across the nation that spiked demand, has left some local gun store owners struggling to keep their shelves stocked.

"As far as the ammo is concerned, the number one thing you have to have in order to make ammunition is raw materials, being lead and copper," Kastner said. "So all of the lead mines in the United States are in the state of Missouri; Missouri shut them down the first of March. All of the copper mines are in South America; South America shut them down in April. ... The lead mines are now open in Missouri, but getting copper for the casings is one of the choking points."

Lack of available ammunition due to the pandemic is just part of the problem, he said.

"The other problem is what happened a month ago with the riots," Kastner said. "COVID hurt the production side of the equation, but the riots spiked the demand side of the equation. So not only are you getting few products into the system, you have a huge demand on the retail side of the equation of people wanting to buy guns and ammunition to protect their houses and homes from rioting. Even though we don't have that problem in the state of Arkansas, you do have that problem everywhere else. And it has exhausted the pipeline of materials that is coming through."

He noted customers are currently buying things they normally wouldn't just because of the lack of options available at gun stores.

As for hunting season quickly approaching in the fall, he said his store is already starting to build inventory.

Having been in the business since 1983, Kastner said the only other time he has seen something similar to the current issue gun stores are facing was in 2012 after the Sandy Hook shooting.

"There was a huge run, but there was also production at that time," he said. "The difference in this situation is we're not getting anything in."

Even with lack of production, most gun stores are still able to carry a limited amount of guns and ammunition.

"We have handguns in stock; we have about a dozen, which normally we carry about 50 or 60 at least," Kastner said. "We have rifles; we have about a dozen, normally we carry about 100. We have ammunition; about 10% of what we normally stock. We get guns and ammo in every single day, and every single day we pretty much sell what we get in. You can't, as a consumer, be real picky. You have to kind of buy what you can get, and that's what people are doing."

Arego's Wholesale Guns Owner Roger Latsha said his store has been hit by this "twofold problem," as well.

"A lot of the manufacturers were closed for a few months, and then they opened up and had to social distance inside their plants, so maybe every other machine may work instead of all of them," Latsha said. "So their capacity is down below half and demand is up 400% because there's a huge shortage. ... All the rioting and things going on ... people are scared. And then when a shortage starts, anytime somebody thinks there's not going to be any they all run out to get some."

As ammunition shortage is nationwide and some stores aren't able to get any, he said it hasn't been easy to stock his store and they are having to limit their ammunition sales.

"I spend a lot of time on the phone begging and pleading for ammo," Latsha said. "Like all last week we hardly had any ammo, and then I got some in this week."

With shipments being so unpredictable, he said his store has also stopped allowing a customer waitlist.

"The manufacturers won't even give us expected ship dates anymore," he said.

Latsha said his message to buyers would be to "be patient and don't panic; they're still making it, but if they'd slow down on the demand a little bit everybody will get some."

Both Arego's and Trader Bill's said their business has been more non-locals than locals over the past few months. 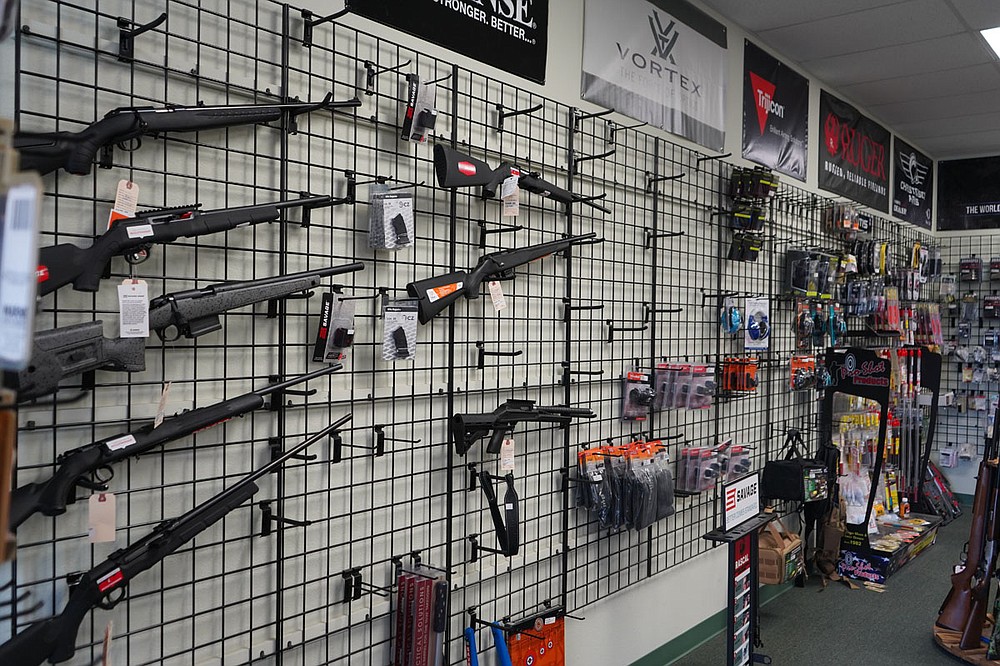 A half-empty gun rack at Arego’s Wholesale Guns in shown on Friday. - Photo by Cassidy Kendall of The Sentinel-Record
ADVERTISEMENT