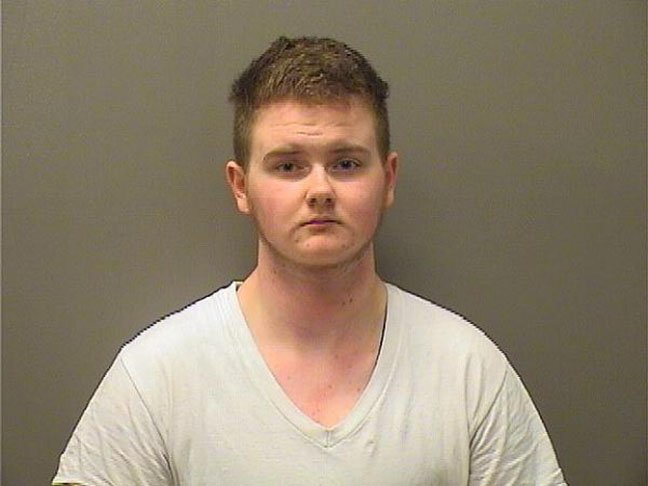 A local teen was arrested on a felony assault charge Wednesday night after allegedly pistol-whipping a man during a confrontation and then threatening to shoot him.

Regan Christera Rhodes, 18, of 213 Andover St., was taken into custody outside his residence shortly after 8 p.m. and charged with aggravated assault, punishable by up to six years in prison.

Rhodes, who lists no prior criminal history, was later released on a $2,500 bond and is set to appear July 21 in Garland County District Court.

According to the probable cause affidavit, around 7:30 p.m. Wednesday, Hot Springs police responded to a disturbance involving a firearm at Rhodes' address and upon arrival found Rhodes standing in the roadway holding a pistol.

As officers got out of their units, Rhodes put the pistol on the ground and slowly walked toward them. He stated he got into a physical altercation with another male resident at that address while trying to remove him from the premises.

Officer John McLean made contact with the alleged victim who confirmed Rhodes had told him he had to leave the premises and "got in his face." He said he put a hand on Rhodes' chest and told him to "back up."

He said at that point Rhodes pulled out a pistol and struck him in the head with it two or three times, causing lacerations behind his right ear and left eyebrow. After beating him, Rhodes then allegedly pointed the gun at his head and threatened to shoot him, he said.

Rhodes reportedly admitted to pointing the gun at the man so he was taken into custody without incident.