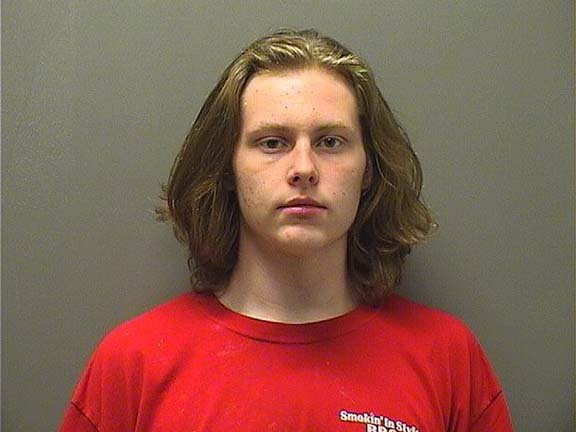 A local teen was arrested Thursday afternoon on multiple felony counts stemming from allegations he broke into several vehicles in December 2019, shortly before Christmas.

Tyler Mason McDonnold, 18, who lists a Brindac Road address, was taken into custody shortly before 3:30 p.m. during a traffic stop in the 2000 block of Albert Pike Road and charged with four counts of breaking or entering, each punishable by up to six years in prison.

McDonnold, who lists no prior criminal history, was also cited for having fictitious tags, no liability insurance and no or an expired driver's license at the time of the traffic stop. He was being held on a $10,000 bond and was set to appear Friday in Garland County District Court.

According to the probable cause affidavit, on Dec. 23, Garland County sheriff's investigators took four reports of break-ins in the area of Leatherwood Loop, a gated subdivision off of Akers Road, and adjacent neighborhoods.

In each incident, the victims reported someone entering their vehicle the night of Dec. 22 or the early morning of Dec. 23 and removing property, including money, firearms and IDs. The total value of the items stolen was estimated at $1,620.

Video was obtained by sheriff's Investigator Matthew Ellis from Leatherwood that showed a young white male and young white female entering the subdivision around 3:30 a.m. on Dec. 23, and both appeared to be trying to conceal their identity with hoods and face coverings. At one point, the male could be seen carrying a firearm.

Ellis developed McDonnold and a juvenile female as suspects in the case and noted they matched the description of the two seen in the video. He made contact with the juvenile female and interviewed her on March 12 with her adopted mother present.

The juvenile reportedly stated she was with McDonnold the night of Dec. 22 and morning of Dec. 23 in the area of Akers Road. She noted they were walking around and McDonnold "opened a lot of car doors," but she denied opening or entering any vehicles.

She said she did not see specifically what was taken from the vehicles except for a .380-caliber handgun. She stated McDonnold did not have any firearms on him when they started out that night, but he had "several guns, cash and cards on him" at the end of the night. A warrant for McDonnold was later issued.