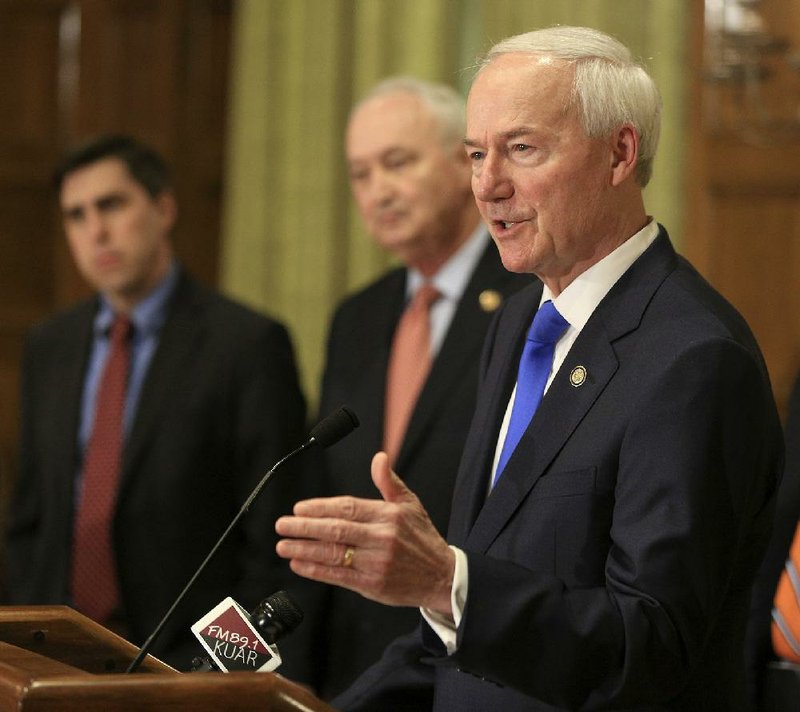 LITTLE ROCK -- Arkansas officials reported the state's first two coronavirus deaths on Tuesday, and the governor said he's calling lawmakers back to the Capitol to address a budget shortfall expected because of the pandemic.

The deaths include a 91-year-old man who died at a Conway hospital from COVID-19, the illness caused by the virus, according to the Faulkner County coroner's office. The other death was a patient in their 50s in the central Arkansas area, state Health Secretary Dr. Nathaniel Smith said. The number of cases in Arkansas rose Tuesday from 201 to at least 230.

"We're still on the lower end of this upswing, and I think we're going to see more cases and more disruption in the near future," Gov. Asa Hutchinson said.

For most people, the coronavirus causes only mild or moderate symptoms, such as fever and cough. For some, especially older adults and people with existing health problems, it can cause more severe illness, including pneumonia. The vast majority of people recover.

Hutchinson said he planned to call a special session that will begin Thursday to address a $353 million budget shortfall projected because of the outbreak.

Democratic Sen. Greg Leding said Hutchinson told lawmakers on a conference call that the session's agenda would focus on a proposal giving him more flexibility to use a $173 million surplus to address the shortfall.

Senate President Jim Hendren, a Republican and also the governor's nephew, said the proposal would include some input and oversight from lawmakers.

"We're also going to do it in a way that's responsive so the public doesn't have to wait for us to have a committee meeting in this incredibly difficult time," Hendren said.

Democrats on Tuesday urged Hutchinson, a Republican, to include proposals on the agenda to expand unemployment benefits from 16 to 26 weeks, restoring past cuts. They also said it should include benefits for barbers, stylists, and restaurant owners who are not currently eligible.

The state has closed dine-in service at bars and restaurants, and closed barber shops and hair salons because of the outbreak.

"We can't let people head into April and May not knowing how they'll pay their rent, keep the lights on, and put food on the table," state Democratic Party Chairman Michael John Gray said.

Hutchinson said he hoped Congress would address financial relief for small business owners or self-employed people put out of work, but that he wanted this week's session to focus on Arkansas' budget shortfall.

"Other matters should wait until future sessions of the legislature," the governor said in a statement. "By then we will have a more complete picture of the needs and the scope of federal assistance."

Legislative leaders were working on new restrictions for the session during the outbreak. For example, the Senate will take up rules to allow voting remotely and limit the number of members on the floor of the 35-member chamber to 20. Hendren said anyone entering the chamber will also have to be screened for symptoms.