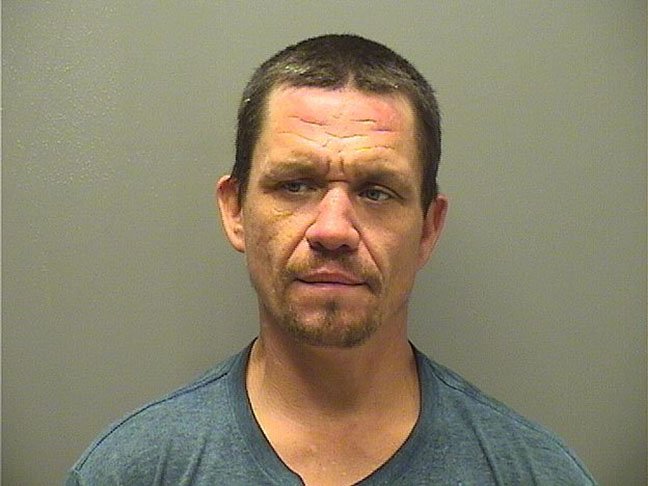 A Hot Springs man was arrested on multiple felony charges Thursday after allegedly attacking his aunt and two cousins, pouring gasoline on one cousin and threatening to kill them all.

Paul Alexander Johnson, 37, of 2579 Walnut Valley Road, was taken into custody at his residence around 1 p.m. and charged with four counts of first-degree terroristic threatening and one count of aggravated assault on a family or household member, each a felony punishable by up to six years in prison, and two counts of third-degree domestic battery and one count of first-degree criminal mischief, each a misdemeanor punishable by up to one year in jail.

Johnson was being held on $15,500 bond and was set to appear Friday in Garland County District Court.

According to the probable cause affidavit, Johnson went to the home of his aunt, 72, who lives across the road from him with his two cousins and asked to use the phone and then fell asleep in their home.

His aunt asked him to go home and go to bed and as he was leaving he went behind the house and told them their lawn mowers and a wheelbarrow belonged to him.

As he was trying to take the items, his two cousins came out and tried to stop him. Johnson reportedly became angry and threw his male cousin, 54, over the wheelbarrow onto the ground, causing him to hurt his side and scrape his leg. Then Johnson allegedly punched him in the face several times causing him to bleed from the gums.

Then Johnson reportedly threw his female cousin, 53, to the ground, causing her to hit her head. Then he started pouring gasoline on the lawn mowers and threw gasoline on her before finally going back to his house.

About 90 minutes later, he returned to his aunt's house "angry that they had called the cops on him." He smashed his fist into the windshield of the male cousin's 1993 Nissan pickup truck, breaking it, causing an estimated $250 in damages, and then reportedly threatened to burn down the aunt's house.

He allegedly told his aunt and both cousins he was "going to kill them" for calling the police on him and claimed he was going to get his gun and then went back to his house again.

Garland County sheriff's deputies arrived and located Johnson at his house and took him into custody.

According to court records, Johnson pleaded guilty on March 25, 2019, to a misdemeanor count of third-degree domestic battery involving a different victim and was sentenced to 30 days in jail. He is also a convicted felon, having pleaded guilty on Oct. 29, 2012, to a felony count of theft of property over $1,000, for which he was sentenced to three years supervised probation.