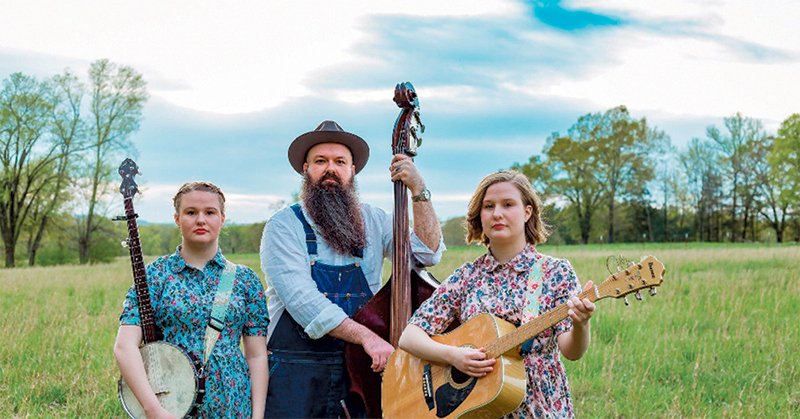 Love Holler is an old-time string band that hails from Batesville. - Submitted photo

Ozarks Highlands Radio and Stone Bank are teaming up to present the "Cabin Fever 2020" virtual concert at 7:30 p.m. Thursday, May 28, at http://cabinfever.stonebank.com.

"After the annual Arkansas Folk Festival was postponed and eventually canceled, we decided we had to get creative and try to honor the music that has become synonymous with Mountain View," Kevin Compton, chairman of Stone Bank, which is based in the Stone County seat, said in a news release.

"We have a relationship with Ozark Highlands Radio, which is produced by the Ozark Folk Center and airs on over 130 public and community radio stations all across the country," said Kirby Williams, executive vice president of Stone Bank. "We help sponsor their national broadcast and their weekly broadcast on KUAR, the Little Rock NPR affiliate."

Ozark Highland Radio is a weekly one-hour program featuring musical performances, past and present, as well as segments on the cultural history and tradition of the greater Ozarks region.

"You can also follow Stone Bank on Facebook for the concert and for updates leading up to the event. The performance will also be archived on the Stone Bank YouTube Channel," the release said.

The evening will be hosted by Ozark Highland Radio's on-air host, Dave Smith, who will emcee the evening. Also featured is Ozark Highlands Radio and Mountain View personality Mark Jones, who has a regular segment on the weekly radio show.

"Just like other venues and parks, the Ozark Folk Center has had to curtail its season of scheduled concerts," Williams said.

Performers scheduled to appear include the following:

• Mark Jones, an accomplished claw-hammer banjo player, storyteller and sound engineer, was "there when it happened" at the Ozark Folk Center in the early 1970s and 1980s. He comes from a family of talented musicians and carries on the signature "Jones Style" banjo playing he learned from his father, Grandpa Jones. 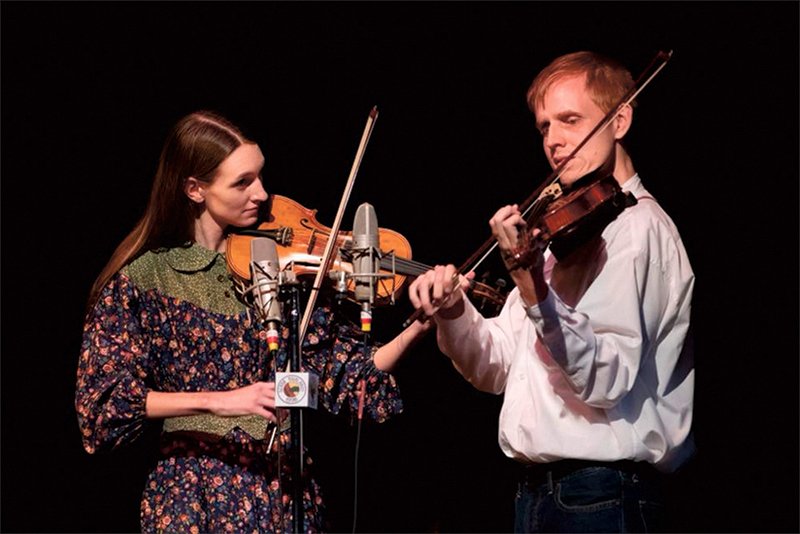 The Bow Tanglers are an old-time fiddle duo based out of central Arkansas. - Submitted photo

• The Bow Tanglers are an old-time fiddle duo based out of central Arkansas.

• Everett and Emily Elam perform traditional Ozark fiddle music around the state and accompany tunes with historical anecdotes. "Both Emily and Everett Elam hold state championship titles and above all, love to share and teach music," it said.

• Grace Stormont is a vocalist and multi-instrumental performer who plays old-time, folk, gospel and jazz music. "She is one of the area's young performers who has taken hold of the traditional music of this region and brought it to a new and diverse audience," the release said.

• Gravel Yard Bluegrass Band "formed unexpectedly three years ago in a gravel lot near the courthouse square in Mountain View. They have quickly become a favorite in the region."

• Pam Setser grew up on the Ozark Folk Center State Park stage and started playing music with her parents when the park opened in the early 1970s. She is a multi-instrumentalist, proficient on guitar, mountain dulcimer and spoons and performs frequently with the Leatherwoods among other musicians in Stone County.

• Ed Nicholson and Stan D'Aubin are "premier pickers" from northwest Arkansas. Nicholson has played with numerous groups through the years and is one Arkansas' finest guitarists. D'Aubin is a "world-class mandolin player" who also plays in several groups.