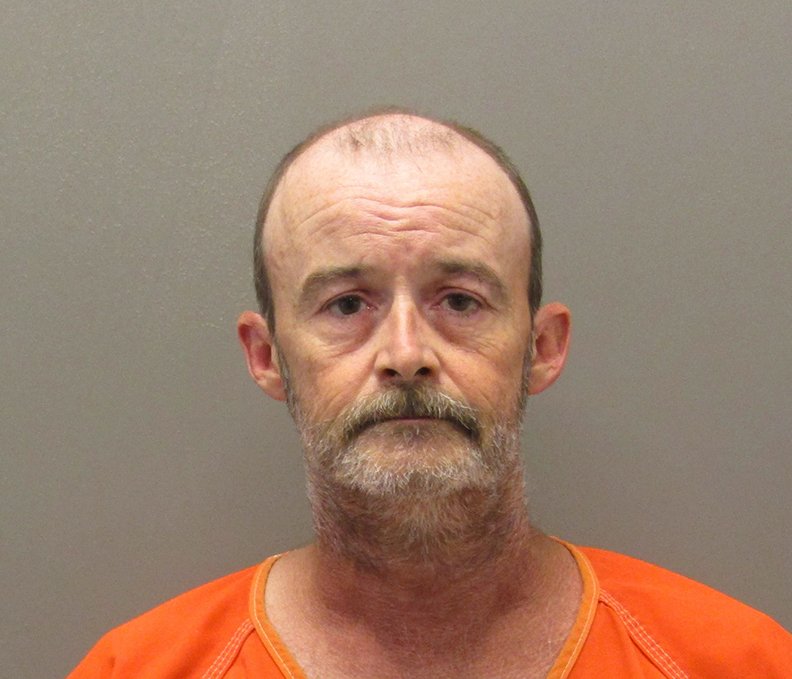 An Amity man arrested last year after repeatedly stabbing his 71-year-old father in the face and neck and then stealing a truck was sentenced to eight years in prison Monday after pleading guilty to felony charges.

Tony Tedford, 50, who has remained in custody since his arrest Sept. 14, 2019, pleaded guilty in Garland County Circuit Court to first-degree domestic battery, punishable by up to 20 years in prison, and theft of property over $5,000, punishable by up to 10 years, and was sentenced to eight years on each count, to run concurrently.

According to the probable cause affidavit, shortly before 3 p.m. on Sept. 13, a 911 call was received at the Garland County Communications Center of a possible stabbing at a residence in the 100 block of Trace Court. The caller stated the victim was Johnie Tedford, 71, and the person who stabbed him was possibly his son, identified as Tony Tedford.

Garland County sheriff's deputies arrived and located the victim, who had a stab wound to the left side of his face and two stab wounds to his left shoulder, being tended to by neighbors outside the residence. He was transported by LifeNet to CHI St. Vincent Hot Springs where sheriff's Investigator Benny Rowe later interviewed him in the emergency room.

The victim stated he was at home when someone knocked on the door and he answered to see his son, Tony Tedford, there and let him inside. The victim noted his son was alone and that he had not seen him for about a year.

The victim said his son was still inside the residence when he ran outside so patrol deputies set up a perimeter around the house and multiple other deputies, the department's Tactical Response Team and Arkansas State Police responded to the scene.

After obtaining a search warrant, TRT members and a Garland County K-9 checked the residence and cleared it. Tedford was not inside and the K-9 unit started a track which led from the house through the woods behind the house, but "the trail went cold and the suspect was not located," the department said in a release that day.

A black backpack was found behind the residence that had a medical ID bracelet with the name Tony Tedford on it. Tedford later admitted the backpack belonged to him, the affidavit states.

The neighbors told investigators the victim came to their residence and was bleeding. They said he told them his son was "trying to kill him and stabbed him."

Around 8:30 a.m. the next day, Sept. 14, deputies received a tip Tedford might be at Walmart, 1601 Albert Pike Road, located him inside and detained him until investigators came.

Tedford was interviewed at the sheriff's department and stated after leaving his father's residence he stole a pickup truck on Ledgerock Road and "drove it until it ran out of gas" near the intersection of Central and Whittington avenues. Deputies located the stolen maroon Dodge Ram pickup, valued at $14,000, in the Whittington area.

Tedford admitted to "taking the truck after he stabbed his father," the affidavit states.

Tedford pleaded not guilty to the charges on Nov. 1, 2019, and was set to stand trial on May 13, but the case was later postponed and set for a disposition hearing on Monday.