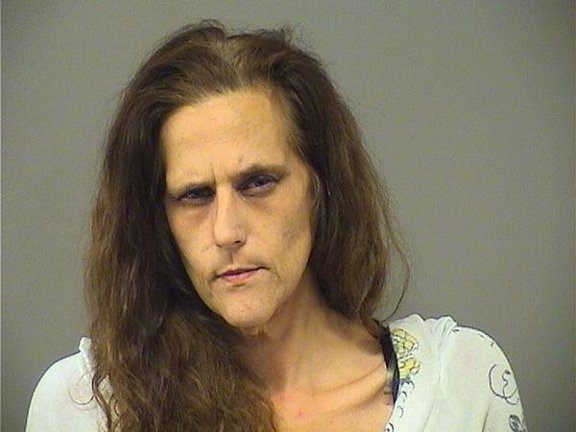 A local man and woman caught inside another woman's house after setting off the burglar alarm early Wednesday, who claimed to have permission to be there, were arrested on felony charges after drugs were also found in their possession.

Victor Sal Rosillo, 48, who lists a Spring Street address, and Amy Anne Brennan, 44, who lists a Beach Haven Circle address, were taken into custody shortly before 2 a.m. and each charged with residential burglary and possession of meth with purpose to deliver, each punishable by up to 20 years in prison.

They were each being held on a $10,000 bond and were set to appear Wednesday in Garland County District Court.

According to the probable cause affidavits, shortly after 1 a.m. Wednesday, Garland County sheriff's Deputies Devyn Helms and Matthew Cogburn were dispatched to a residence on Houston Drive regarding an alarm.

The homeowner told dispatchers no one was supposed to be at the residence, but deputies saw a white Ford F-150 parked in the driveway. They checked and found the front door was locked but noticed a light on in a backroom.

Cogburn knocked on the back door and announced they were with the sheriff's department and heard a man say, "hello" from inside the house. The deputies made contact with the man, later identified as Rosillo, at the front door and told him they were responding to an alarm and that the owner said no one should be there.

Rosillo told them he had permission from the homeowner's daughter to be inside the house. When asked if anyone else was with him, Rosillo said his girlfriend, later identified as Brennan, was in the bedroom.

The deputies called to her and Brennan came out on the porch. At one point, Rosillo asked if he could get his phone to call the person who gave them permission and was allowed to go to his truck, but he claimed he couldn't find his phone.

Cogburn ran a computer check and discovered both Rosillo and Brennan had search waivers on file. They both denied there was anything illegal in the house, but while searching the bedroom Cogburn reportedly found a baggie of what later tested positive for meth on the bed.

The deputy also noted the alarm keypad in the bedroom had been pulled away from the wall and the wires had been cut. When asked who the baggie belonged to, Brennan reportedly said, "Come on, man, take this one for me."

Helms spoke to the homeowner, who again stated no one was supposed to be there and that her daughter didn't have the right to allow anyone to be there. Both Rosillo and Brennan were taken into custody at that point. In searching Rosillo's truck, deputies reportedly found a pill bottle containing another baggie of meth, for a total of 8 grams.

The homeowner arrived at the scene and confirmed she didn't know Rosillo or Brennan and they didn't have permission to be there. She also noted the alarm keypad was not damaged when she was at the house Tuesday evening. Damages to the keypad were estimated at $500.

Brennan pleaded guilty on Aug. 7, 2019, in Garland County Circuit Court to felony charges of possession of a controlled substance, meth, and possession of drug paraphernalia and was sentenced to three years' probation.