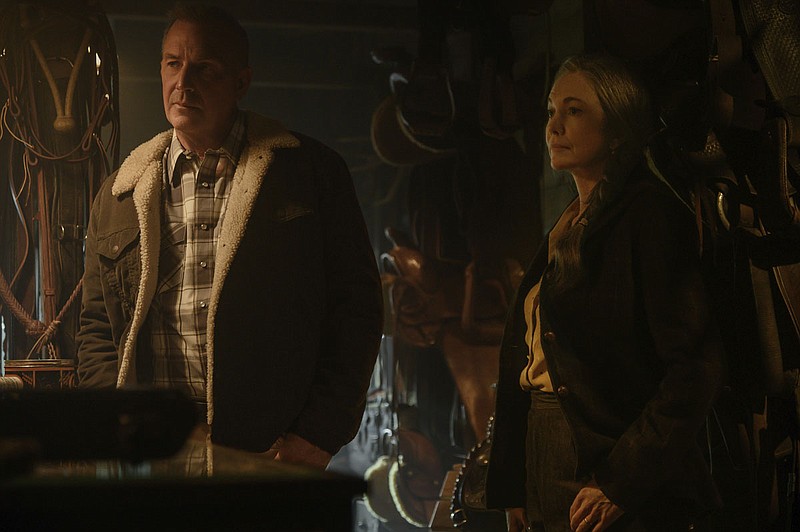 In this image released by Focus Features, Diane Lane, right, and Kevin Costner appear in a scene from "Let Him Go." - Kimberley French/Focus Features via AP

Actor Kevin Costner announced plans to open a museum full of his movie and music memorabilia in Hot Springs during a June 19 radio interview, and Gangster Museum owner Robert Raines says the actor wants to open a museum on or near Central Avenue as soon as next year.

Costner, known for his roles in "Yellowstone," "Dances with Wolves," "Bull Durham" and "The Highwaymen" told Storme Warren on Sirius XM Radio's "The Highway" he has chosen Hot Springs as the area he wants to showcase the movies he has been a part of and his music.

"I don't know why (I chose Hot Springs), but I have," Costner said in the interview. "And you know, they'll probably put up big barricades 'Don't come here, don't come here,' and if they do that I certainly won't, but I went there and kind of really dug it, the history of it. It's kind of like a little Switzerland."

Costner said the museum will hold things that have been a part of his movie and music career, such as cars and costumes.

Raines, who said he knows Costner personally, said while originally planning for spring 2021, the COVID-19 pandemic has affected the timeline of the museum.

"I think it'll probably be next year. It's kind of dependent on the COVID and of course, he has to finish, they're about to wrap, the fourth season of 'Yellowstone,' and a lot kind of depends on his movie schedule," Raines said. "The architects have already been here, so we're all kind of looking at different ways of doing it."

"When the caliber of an actor and person like Kevin Costner wants to come to Hot Springs, I think that's great not only for what he's putting in, but for all the attractions in town. It will help all of us," Arrison said, noting he "can't wait" for Costner to join the tourism community and Visit Hot Springs looks forward to helping him promote it.

"But I do think he needs to tell us what happens in the end of 'Yellowstone' before he comes to town," Arrison said, jokingly.

Whenever his museum does make it to Hot Springs, Costner said he would like for it to be an experience for visitors that makes them think "I got more out of this than I thought I would."

"And I think that's all we're looking for in life, is I hope whenever they do something, it becomes more than what we thought."