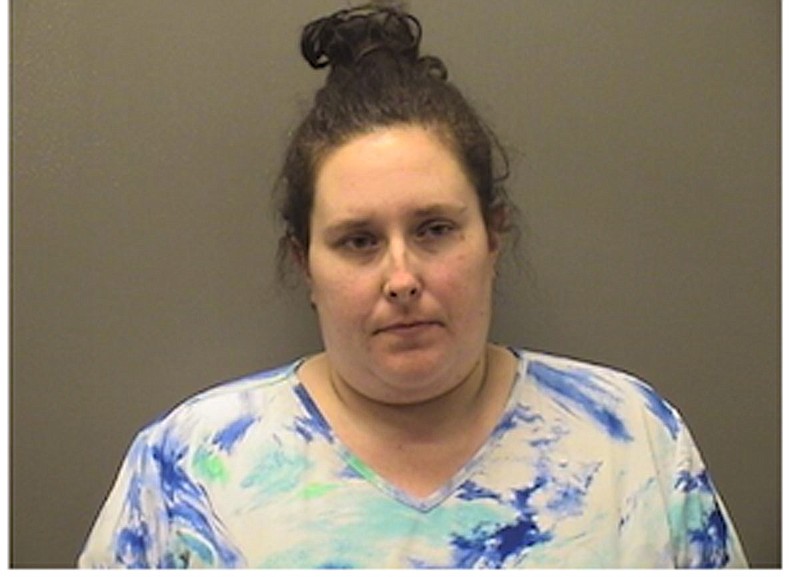 A Hot Springs Village woman was arrested Thursday for felony animal cruelty stemming from allegations she starved her dog to death last month.

Leah Hillis Michaels, 36, who lists a Murcia Place address, was taken into custody around 2 p.m. by Hot Springs Village police on a charge of aggravated cruelty to a dog, cat or horse, punishable by up to six years in prison.

Michaels, who lists no prior felony history, was released later that day on a $2,500 bond and is set to appear Nov. 9 in Garland County District Court.

According to the probable cause affidavit, on Sept. 1, Hot Springs Village police responded to a call of an injured dog on the side of Fresno Road near La Mancha Way and upon arrival, officers encountered Michaels and a black Labradoodle, who appeared "to be suffering, malnourished and dehydrated," but had no visible injuries.

Michaels reportedly said she had found the dog on the side of the road and saw that it was injured so she called police for help since the HSV Animal Control were "gone for the day." The dog was taken to the animal shelter and provided with food and water, but the next day animal control officers found the dog deceased and noted the food and water did not appear to have been touched.

A male witness came forward with information about the dog and told police the dog belonged to Michaels, who is a friend of his. He said Michaels knew the dog was suffering and told him she was going to take it to the veterinarian. The witness said he later found out Michaels didn't take the dog to the veterinarian and instead "dropped it off on the side of the road" and called police, claiming she found the dog while driving by.

The witness said he believed the living conditions inside the residence "are not suitable for animals" with the area littered with feces and urine.

Upon investigating the incident and the allegations of the witness, Officer Heidi Bernard noted she found there was sufficient evidence and documentation to confirm Michaels was the dog's owner and that the dog had been neglected and abused.

Dr. Chris Billiby, a veterinarian, performed an exam and necropsy of the deceased dog and reportedly found the dog was lacking the signs of proper nutrition, noting it was "extremely emaciated" with "the fat and muscle tissue wasted away." He noted the internal organs looked normal for a post-mortem dog of that size and there were no signs of trauma, fractures or bruising consistent with being struck by a vehicle or physically abused.

Billiby concluded the dog "died due to lack of proper nutrition." The case file was presented to the Garland County Prosecutor's Office for review on Monday and Deputy Prosecutor Casey Richmond concluded there was "sufficient evidence and documentation" to proceed with criminal charges against Michaels for aggravated animal cruelty.

Richmond also determined there was sufficient probable cause for a search and seizure warrant to be served at Michaels' residence on Murcia Place and for any other animals there to be seized.

Based on the evidence, a warrant for Michaels' arrest was issued Thursday and she was arrested that same day.