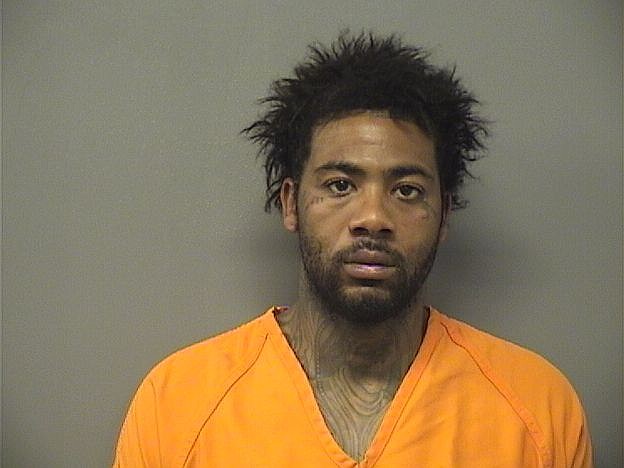 A Texas man believed to be "delusional" was arrested on felony and misdemeanor charges early Saturday after allegedly chasing a Hot Springs police officer's unit into the gated back lot of the police department.

Antonio Demar Murdock, 31, who is reportedly from Texas, although the inmate roster listed a Malvern address, was taken into custody shortly before 5 a.m. and charged with a felony count of possession of a controlled substance, marijuana, punishable by up to six years in prison, and a misdemeanor count of criminal trespass.

Murdock was later released on a $3,000 bond and is set to appear Oct. 13 in Garland County District Court.

According to the probable cause affidavit, shortly before 4:30 a.m. Saturday, Officer Matthew Cheatham was standing in the back parking lot of the police department, 641 Malvern Ave., speaking with Cpl. Mike Brown when they saw Sgt. Kirk Zaner pull into the back entrance gate and swipe his key card to get in.

As the gate began to open, a dark-colored car pulled up behind Zaner's unit on Jefferson Street and as Zaner started to pull forward into the lot, a man jumped out of the car and began running toward the rear of Zaner's unit. Cheatham and Brown began yelling at Zaner to warn him about the approaching suspect who "continued to run at full speed as if he was attempting to attack (Zaner)."

Zaner heard their warnings and sped forward to get distance between him and the man, who continued running toward his car. Cheatham and Brown drew their duty pistols "for fear of the subject's intentions" and ordered the man to stop.

They noted the man, later identified as Murdock, "made it halfway through" the gated back lot before he finally complied and put his hands in the air and then got on the ground. As they approached him, they noted Murdock was "speaking very erratically" and claimed there was someone in his car trying to kill him.

At that point, Murdock was detained for trespassing and the officers checked his vehicle and found there was no one inside it. Murdock then reportedly claimed the person was "inside his engine bay." Cheatham noted that "it was quickly determined (Murdock) was delusional."

During an inventory of Murdock's vehicle, a 2020 Kia, prior to towing, officers found 15 various sized containers of suspected marijuana, a total of 135.9 grams, or almost 5 ounces. Murdock reportedly admitted the marijuana was his and that he was unable to provide a medical marijuana card.