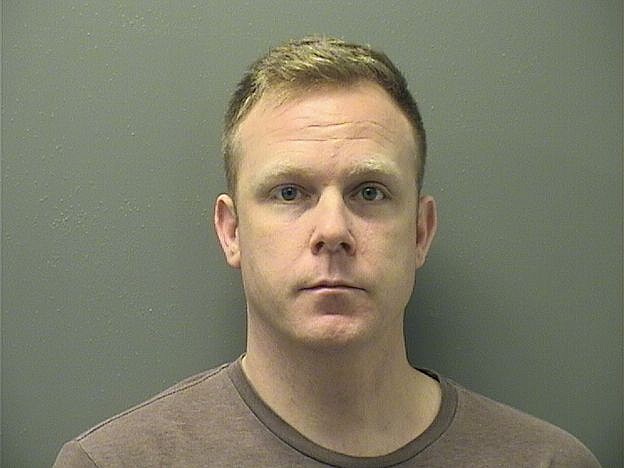 A local man was arrested Tuesday morning on a capital murder charge in connection with the death of his 5-month-old son Friday night reportedly stemming from severe injuries.

Cody Timothy Webb, 35, who lists a Bellaire Drive address, was charged with capital murder, punishable by the death penalty or life in prison without parole. Webb turned himself in Tuesday at the Garland County Detention Center where he was booked in shortly after 11:30 a.m. and was being held on a zero bond.

The incident leading to the child's death reportedly occurred Friday evening and the child died shortly after 11:30 p.m. that night at Arkansas Children's Hospital in Little Rock. On Monday, an autopsy at the state crime lab reportedly determined the manner of death was a homicide.

Webb's attorney, Q. Byrum Hurst, of Hot Springs, gave a written statement on his client's behalf to the newspaper around 10:30 a.m. Tuesday at the Hot Springs Police Department.

Webb, who lists no prior criminal history, was employed as a paramedic with LifeNet at the time of the alleged incident.

According to the probable cause affidavit obtained Tuesday, at 6:40 p.m. Friday Hot Springs police responded to a residence for an ambulance assist and upon arrival observed a 5-month-old infant "unresponsive on the floor" being treated by LifeNet personnel.

Webb, the child's father, was at the scene and advised he had just finished feeding his child and had him wrapped in a "sleep sack" rocking him when he "suddenly became stiff." He said he ripped open the sleep sack, called 911 and started CPR.

The child was initially transported to National Park Medical Center where medical staff advised he had a heartbeat and started to breathe on his own. The affidavit notes there were "no visible signs of trauma" and the child was transported to Children's Hospital for further treatment.

On Saturday, around 7:30 a.m., HSPD Detective Mark Fallis spoke to Children's staff and was informed the child died at 11:39 p.m. Friday. Fallis was further told the child had "multiple injuries that consisted of bilateral subdural hemorrhages in the brain with swelling on both the left and right side" with the swelling on the right "being worse."

The child also had "new rib fractures in ribs 2-8 on the left side and retinal hemorrhages."

Dr. Rachel Clingenpeel from Children's said the child had extensive multi-layer retinal hemorrhages with bilateral macular folds, which are "traumatic disruptions of the retinal layers," and are "caused specifically by trauma and not any medical disease."

The retinal hemorrhages have a high diagnostic specificity for "abusive head trauma," the affidavit said, and "would have been caused by violent rotational acceleration-deceleration of the head."

She also said, according to the affidavit, "Unless there was a plausible history of a violent accidental trauma such as a car accident or severe crush, these findings are specific for abusive head trauma." The trauma that produced the hemorrhages of this severity "would have caused obvious head injury immediately or in short order after the inciting trauma."

Around 1 p.m. Saturday, Fallis interviewed Webb who, after being read his rights, reportedly said he had picked the child up from day care around 4:40 p.m. Friday, went to his mother's and then went home and "everything seemed normal." He said he, his 2-year-old and the infant were home by themselves and the infant was "normal happy go lucky."

He said the child was watching television and then "became fussy" so he tried to feed him around 6 p.m. The child then started "crying loudly" and Webb allegedly stated he "became aggravated." He said the child was crying and his other child was "needing things and it was frustrating," the affidavit said.

Webb said he "may have picked the child up quickly 2-3 times, pulled him closely into his body much harder than what he thought 3 or 4 times, and forcefully rocked him for approximately 10 minutes."

Webb said as he was rocking the child his head was over his arm "in a manner that could have caused his head to move back and forth." Toward the end of the interview, Webb allegedly stated, "I did that ... " and paused and then said, "because I was getting frustrated and annoyed with a baby crying, so insane."

The affidavit notes that Dr. Charles P. Kokes, a medical examiner at the state crime lab, performed an autopsy on the child Monday and said the manner of death was a homicide. A warrant was later issued for Webb's arrest.

The case was filed directly to Garland County Circuit Court and a gag order has been issued limiting pretrial publicity in the case.