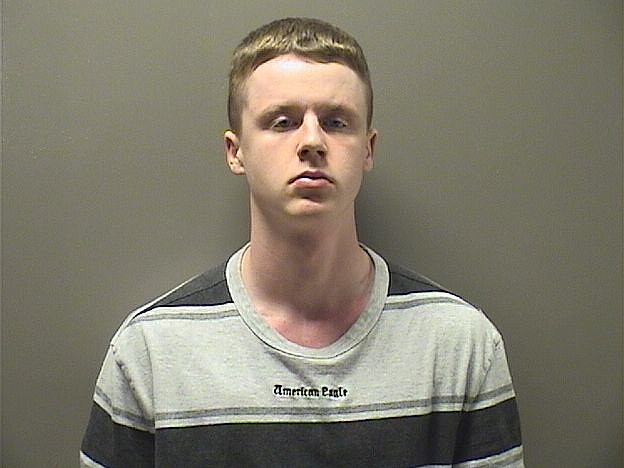 A Malvern teen was arrested on felony and misdemeanor charges late Friday after a gun and over 3 ounces of marijuana were reportedly found in his possession following a traffic stop.

Dijulio, who also had a warrant for failure to appear, was being held on an $11,000 bond and is set to appear March 1 in Garland County District Court, although he will likely be arraigned sooner once district court reopens.

According to the probable cause affidavit, shortly before 11:30 p.m. Friday, Garland County sheriff's Cpl. Matthew Cogburn saw a red Kia Forte eastbound on Malvern Avenue that crossed the centerline three times so he stopped it at Malvern and Akers Road.

He made contact with the driver, identified as Dijulio, and allegedly noted a strong odor of marijuana coming from the vehicle and saw what appeared to be a rolled joint in the passenger side floorboard that looked like it was recently lit.

A computer check revealed the warrant for his arrest so he was taken into custody, but reportedly submitted to field sobriety tests first. The affidavit did not indicate the result of the tests.

In checking the backpack, Cogburn allegedly found it contained a small baggy with 16.6 grams of marijuana and a small container of what appeared to be prescription marijuana. Cogburn also found a locked black bag in the back of the vehicle that contained a Bersa .380 pistol in the front zippered pocket.

Dijulio reportedly admitted that all the drugs and the gun belonged to him.