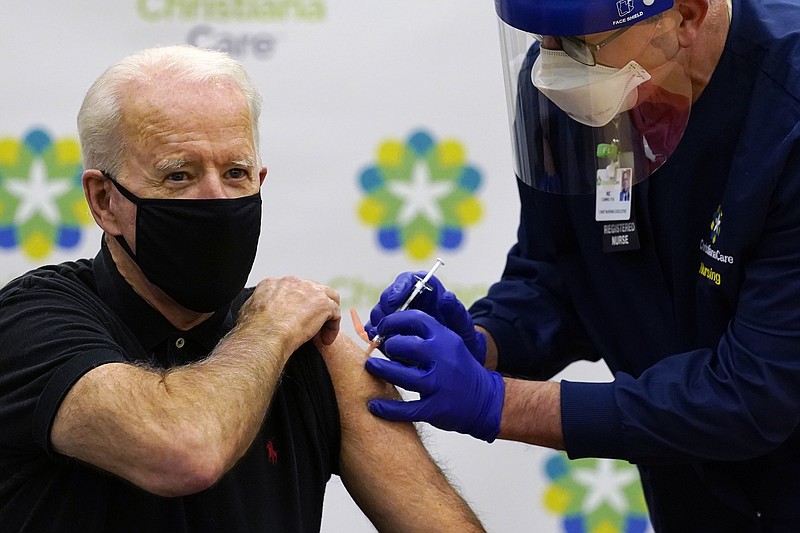 WASHINGTON -- The Trump administration is asking states to speed delivery of COVID-19 vaccines to people 65 and older and to others at high risk by no longer holding back the second dose of the two-dose shots, officials said Tuesday.

Health and Human Services Secretary Alex Azar said that "the administration in the states has been too narrowly focused."

As a result, he said, the Trump administration is now asking states to vaccinate people age 65 and over and those under 65 with underlying health conditions that put them at high risk. He said the vaccine production is such that the second dose of the two-shot vaccine can be released without jeopardizing immunization for those who got the first shot.

"We now believe that our manufacturing is predictable enough that we can ensure second doses are available for people from ongoing production, Azar told ABC's "Good Morning America." "So everything is now available to our states and our health care providers."

Azar said it was now time to move "to the next phase on the vaccine program" and expand the pool of those eligible to get the first dose.

That also means expanding the number of places where people can be vaccinated by adding community health centers and additional drug stores.

"We've already distributed more vaccine than we have health care workers and people in nursing homes," Azar said. "We've got to get to more channels of administration. We've got to get it to pharmacies, get it to community health centers."

He said the federal government "will deploy teams to support states doing mass vaccination efforts if they wish to do so."

President-elect Joe Biden is expected to give a speech Thursday outlining his plan to speed vaccines to more people in the first part of his administration. His transition team has vowed to release as many vaccine doses as possible, rather than continuing the Trump administration policy of holding back millions of doses to ensure there would be enough supply to allow those getting the first shot to get a second one.