Man sought for theft of car, attack on girlfriend, arrested 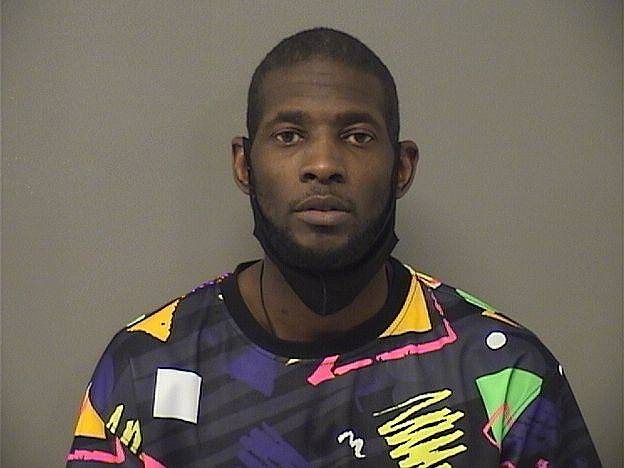 A homeless man being sought on a felony warrant for stealing his ex-girlfriend's car last summer and driving it to Missouri, along with a misdemeanor warrant for allegedly assaulting the same woman five months later, was arrested Friday.

Isaac Roberts, 37, who lists "city streets" as his address, was taken into custody shortly before 1:3o p.m. after Hot Springs police responded to a reported disturbance in the 100 block of Second Street and located him in the area. He is charged with a felony count of theft of property over $5,000, punishable by up to 10 years in prison, and a misdemeanor count of third-degree domestic battery, punishable by up to one year in jail.

Roberts, who also had a warrant for failure to appear, was being held on a $5,500 bond and is set to appear today in Garland County District Court.

According to the affidavit on the theft charge, on June 30, around 2:30 p.m., police responded to the 100 block of Magnolia Street regarding a theft and spoke to the female victim who stated she and her ex-boyfriend, identified as Roberts, had got into an altercation.

She said she left and went to a neighbor's house to call the police and when she did she saw Roberts driving off in her 2013 Hyundai Accent, valued at $12,000.

On July 1, police were contacted by the Branson, Mo., Police Department, which had located the Accent in a parking lot. It was towed back to Hot Springs and returned to its owner.

The victim told police Roberts had contacted her later and told her, "Your car is OK. I only drove it far enough to get away and parked it." He later texted her that, "I have left Arkansas."

According to the battery affidavit, on Nov. 3, shortly before 7 a.m., police responded to the area of Glade and Magnolia streets after receiving numerous calls about a man and woman in a disturbance.

Officers arrived and made contact with the same woman involved in the June theft. They noted she had bruises on her face and a large swollen spot on her forehead. she stated her boyfriend, identified as Roberts, had just attacked her and then fled the scene.

She noted she and Roberts had been in a romantic relationship since May 2020. She said Roberts had slapped her numerous times "while claiming he was God." She stated this had been going on for about a month.

The next day, the woman filed a petition for an order of protection against Roberts in Garland County Circuit Court, stating he had been "terrorizing her" for over a month and "beat or hit or slapped me every day." She also alleged he had held a knife to her face and then cut her furniture and repeatedly threatened to kill her.

She said she thinks Roberts is mentally ill and has told her that "God told him to punish me for my sins" and that he believes he is "doing something big for God" by abusing her.

An order of protection was issued Monday on the victim's behalf in circuit court.