One person shot on Spring Street 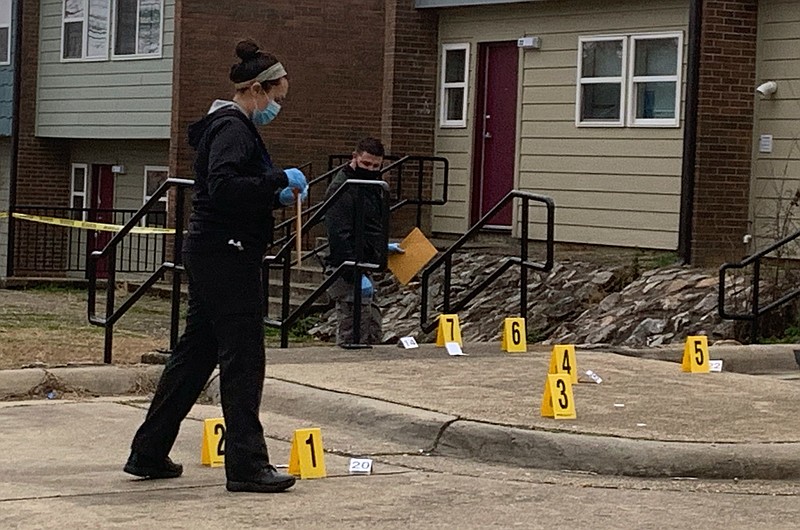 Hot Springs police work the scene of a shooting that occurred at around 4 p.m. Thursday in the 700 block of Spring Street. - Photo by Cassidy Kendall of The Sentinel-Record

A person who was shot shortly after 4 p.m. Thursday in the 700 block of Spring Street showed up a short time later at National Park Medical Center with an apparently non-life-threatening injury, Hot Springs police said.

The National Park Service "heard shots near their office on Spring and alerted us," Cpl. Patrick Langley told The Sentinel-Record. "We didn't locate a scene, but as we were clearing the call, a subject showed up at NPMC with a gunshot wound."

The victim told police the shooting occurred at 740 Spring St., he said, noting, "It appears to be non-life-threatening at this time. There was no suspect information."