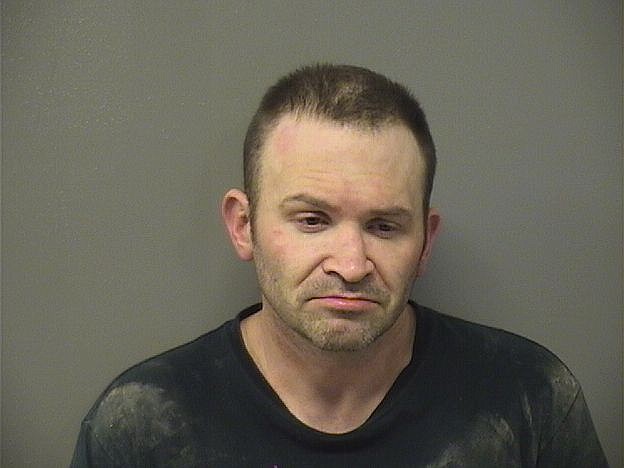 A local felon on parole sought by agents with the local drug task force and Arkansas Community Correction was arrested Wednesday afternoon after a brief standoff at his residence involving multiple agencies.

Over the past six months, DTF investigators and the U.S. Department of Homeland Security "have been involved in an ongoing investigation in reference to meth distribution in Garland County," Daniels said, noting investigators received information a subject identified as Alford was "distributing large quantities of meth in the Hot Springs and Garland County area."

He said investigators were able to conduct at least one controlled purchase of crystal meth from Alford "during that time frame," with the amount purchased being over 10 grams, but under 200 grams, which qualifies it as a Class Y felony, and were able to get warrants for his arrest.

"Investigators had information Alford was on parole and had an active parole absconding warrant too," Daniels said. "Once we realized ACC were looking for him, too, we decided to join forces."

"Investigators had credible information that Alford had been in possession of multiple firearms and normally possesses a firearm even though he's a convicted felon," Daniels said, so the DTF investigators contacted the Hot Springs Police Department SWAT team to assist with arresting him.

The SWAT team, Arkansas State Police troopers, officers with the HSPD's Special Investigations Unit and Garland County Sheriff's deputies all responded and "helped to set up a perimeter while the SWAT team attempted to call Alford out of the house," he said.

The SWAT team also brought the department's Mine Resistant Ambush Protected vehicle, or MRAP, to the scene.

"Alford didn't comply with SWAT commands initially," Daniels said, "but SWAT was able to use a minimum amount of force which caused Alford to exit the residence and surrender to officers."

Autumn Yvonne Bennett, 18, who was also living in the Tabor Lane residence, was found inside and had a warrant for failure to appear so she was arrested also.

Daniels noted investigators located a firearm and numerous rounds of ammunition inside the residence.