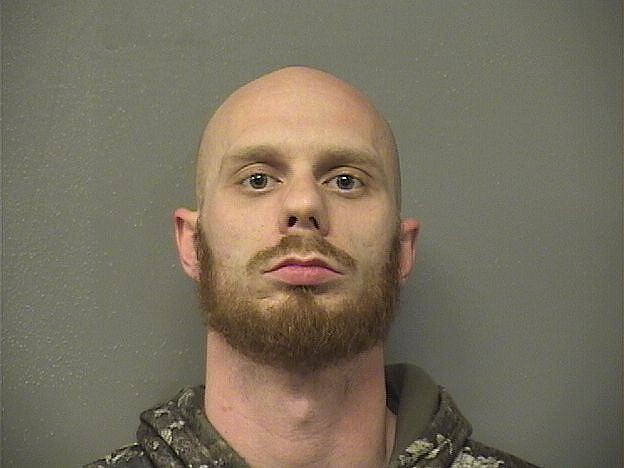 A felon on parole with charges pending from two arrests earlier this year was arrested again Tuesday night on multiple felony charges following a traffic stop.

Bice, who was also cited for driving on a suspended driver's license and no proof of insurance, was being held on a $15,250 bond and had a hold on him out of Benton. Bice has multiple felony charges pending in Garland County Circuit Court from his arrests on Jan. 27 and April 11, and was convicted on July 10, 2018, of breaking or entering and criminal mischief and sentenced to three years in prison, but later paroled.

According to the probable cause affidavit, shortly before 7:30 p.m. Tuesday, Hot Springs police Officer Jonathan Smith made a traffic stop on the King Expressway on a silver 2013 Ford Edge that matched the description of a vehicle used in an attempt to cash stolen checks. He noted Bice, who he knew had a suspended driver's license, was driving and that Bice matched the description of the suspect from the earlier incident.

When asked for registration on the car, Bice gave him a bill of sale and the title to a 2007 Ford Edge. A computer check showed Bice had been cited nine times since 2020 for driving on a suspended license, so he was taken into custody.

After noting the discrepancies in the vehicle information, officers checked the vehicle identification number and noted it didn't match the paperwork Bice had provided and was determined to have been reported stolen earlier.

In searching the vehicle, officers reportedly found a ripped baggy with what later tested positive for meth scattered on the driver's side floorboard. In the back seat, they found a backpack with a baggy of meth and a digital scale.

After gathering the meth on the floorboard and putting it in the bag with the other meth it was found to be a total of approximately 4.1 grams.