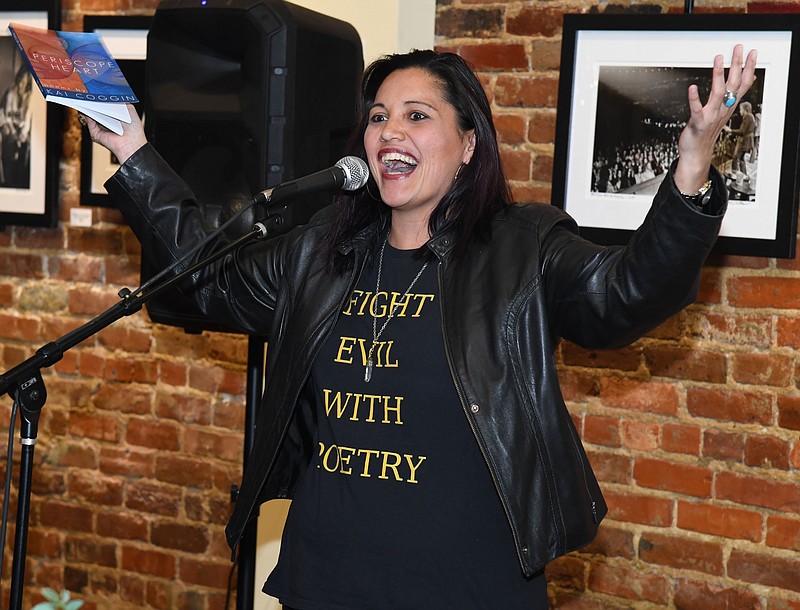 Local poet Elmer Beard will be the featured poet, and there will be open mic opportunities before and after Beard hits the stage.

Today's readings will be the 1,690th consecutive gathering for WNP, without missing a single week.

Kai Coggin, the host of WNP, said she is excited to hold the weekly poetry readings in person again, but she isn't abandoning their virtual gatherings. Over the 65 weeks of virtual poetry readings, Coggin said their group greatly expanded beyond the Hot Springs city limits.

The second Wednesday of every week will feature both a live and a virtual WNP. Coggin said she "didn't want to leave and abandon all the people" who joined the group over the last year, noting they had "video poems submitted from six or seven continents. Every continent except for Antarctica."

As for the live readings, Coggin said they have been hoping to bring them back since February. She said she and the owners of Kollective have spent the time since February trying to "gauge vaccinations."

"A lot of people are getting vaccines. Things are opening up. June will be a good time," Coggin said.

Those in attendance will either have to wear a mask, or have proof they have had the vaccine.

"Kollective is so small that we can't really social distance," Coggin explained.

"We just want to keep everyone safe," she said. "Hopefully people will be cautious about it" and there is no "hoopla about masks."

Elmer Beard recently released a book called "Let Reason Roll: Race, Religion & Reflections." Coggin said Beard will be selling and signing copies of the book at WNP and will be reading from the book during his performance.

"I just wanted to honor him and his new book," Coggin said on picking Beard as the first poet back, adding he is "such a pillar" of the arts community.

One thing Coggin said she is looking forward to at the event is being able to "look people in their eyes instead of looking at eyes through a screen."