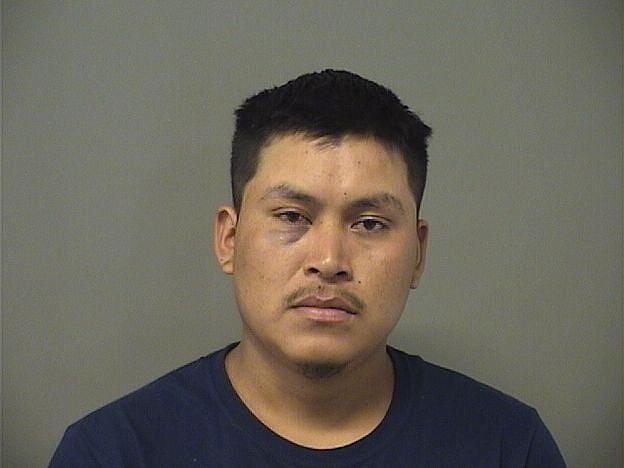 The second of two brothers accused of stabbing a local man to death during an altercation Sunday night was taken into custody in Clark County Tuesday afternoon and charged with first-degree murder, according to Hot Springs police.

Pascual "Paco" Gaspar Andres, 26, of Hot Springs, was arrested at around 12:30 p.m. Tuesday in Clark County, Cpl. Patrick Langley said. His brother, Gaspar Gaspar Andres, 36, of Malvern, was taken into custody shortly before 9:30 a.m. Monday and also charged with first-degree murder, punishable by up to life in prison.

Both are being held on zero bond and are set to appear today in Garland County District Court.

According to the probable cause affidavit, officers who responded to a reported fight at 202 Hagen St. at around 7:30 p.m. Sunday were told an injured man was inside the residence.

Officers entered the residence and located a man, later identified as Miguel Ruiz Ruiz, 32, on the bathroom floor in "a large pool of blood," suffering from what appeared to be multiple stab wounds.

He had no signs of life and was pronounced dead at the scene.

A female witness said she was standing on her front porch next door and saw Ruiz get into an altercation with a man she knew as Paco who lives at 202 Hagen. She said Paco pushed Ruiz and Ruiz began to run away, but Paco chased him and tackled him to the ground.

Another man she knew to be Paco's brother ran to where the two men were fighting and he and Paco were able to grab Ruiz "in a manner to control him" and then dragged him back into the residence at 202 Hagen.

She said the men were inside for several minutes and then Paco and his brother ran out, both shirtless, got into a white GMC extended cab pickup truck and fled the scene. As they sped away, the truck struck her parked truck, causing damage to the front bumper.

She said they had left the front door of the residence open so she and her live-in boyfriend went inside to check on Ruiz and found him bleeding on the bathroom floor.

The boyfriend, who was standing there while the witness was talking to police, pulled up two Facebook profiles on his phone, one of Pascual Andres and the other of his brother, Gaspar Andres, and he and his girlfriend both confirmed they were the men that had fought Ruiz and dragged him inside.

They noted Pascual Andres had another brother who was sleeping inside their residence in the living room. Police spoke to the brother and he reportedly confirmed the names of his brothers and that Gaspar Andres drove a white GMC pickup truck.

Detectives were able to confirm the identities of the two men through their computer system and determined Gaspar Andres had a white 2011 GMC Sierra registered in his name. Warrants were issued for both men and when Gaspar Andres came in for questioning on Monday morning he was taken into custody without incident.

According to court records, Gaspar Andres had no prior criminal history other than traffic violations and Pascual had no prior history.