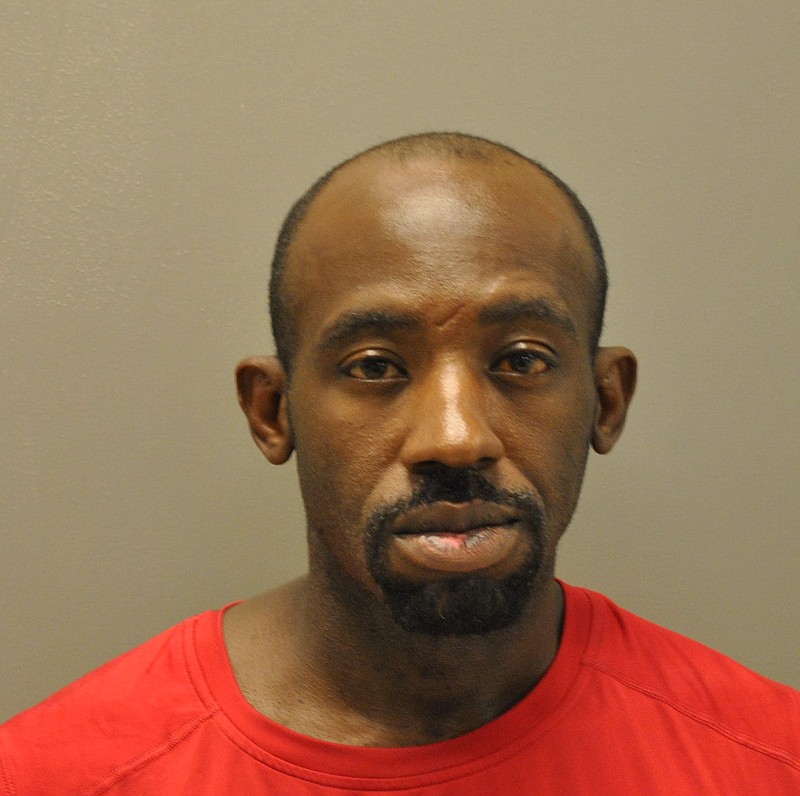 A local man was found guilty of raping a 13-year-old girl in 2018 and sentenced to 100 years in prison Thursday after a two-day trial in Garland County Circuit Court.

The seven-man, five-woman jury deliberated for about an hour before finding Tilmon guilty and about 40 minutes before returning their recommended sentence Thursday shortly after 7 p.m.

Tilmon, who was listed as homeless at the time of his arrest, will have to serve at least 70%, or 70 years, of his sentence before he is eligible for parole, Chief Deputy Prosecutor Kara Petro told The Sentinel-Record late Thursday, and a court order permanently barring him from any contact with the victim or her family was issued.

"I really want to thank the (Cooper-Anthony Mercy Child Advocacy Center) for always going above and beyond for children," Petro said, "And, of course, I want to thank the jurors for their service on such an emotionally toiling case."

She said the jury "has made it clear they have zero tolerance for raping a child. They really stood up for her."

Petro said the victim, who was 12 when the abuse started, testified at trial and was "very credible." Her little sister, who had "witnessed it numerous times" also testified along with the victim's mother who told jurors she didn't initially believe her daughter, but later came to believe her.

"The mom walked in on (Tilmon) hiding in the closet in the child's bedroom with the door locked," she said. "The daughter took five minutes to come to the door and she was naked in a bedsheet."

Petro said Tilmon claimed at the time he was in the girl's room to "pay her back some money he owed her," but that didn't explain why he was hiding in the closet when the mother came to the door.

"(The victim) didn't say anything at that time because (Tilmon) was standing right there," she said.

Petro said Tilmon, who had nine prior felony convictions from 2000 and 2001, mostly residential burglaries and thefts, did not testify at trial.

While the rapes and abuse happened "on a regular basis," Petro said she only charged Tilmon with two counts because the victim had to testify in detail about each incident and she didn't want to make her do that multiple times.

She said the girl actually testified about three different times he raped her, but "two counts was more than enough to get a conviction." She said the victim was "really sweet and thankful" after the verdict and sentence were announced.

According to the probable cause affidavit, on July 25, 2018, a 13-year-old girl disclosed during a forensic interview at Cooper Anthony Mercy Child Advocacy Center that she was raped by a known suspect.

The girl stated that about one month prior to the interview, the suspect, identified as Tilmon, came into her bedroom and raped her. During the incident, the girl's mother knocked on the bedroom door and Tilmon hid in the closet and instructed her to get her mother away from the door.

She said Tilmon told her not to tell her mother what happened and "not to snitch on him." When the girl's mother entered the room, she found Tilmon hiding in the closet, but he denied having any inappropriate contact with the girl.

On July 9, 2019, Detectives Brian Branstetter and Hunter Scott assisted Arkansas State Police Investigator Judy Jenson in reference to the case. Jenson noted she had attempted to contact the girl's counselor, her family and Tilmon with no response. It was discovered the same victim and offender had been previously investigated by the ASP Crimes Against Children Division and the report was "found true."

On July 18, the girl was interviewed again at Cooper-Anthony and she again stated she was raped by Tilmon. She stated she had been raped on more than one occasion by Tilmon and the last time was when she was 13.

The case file was turned over to the prosecuting attorney's office and a warrant was issued for Tilmon's arrest on Sept. 18. He was arrested on Sept. 22 following a traffic stop in the city for speeding and failure to use a turn signal.