Wolves not overlooking Cyclones despite ranking 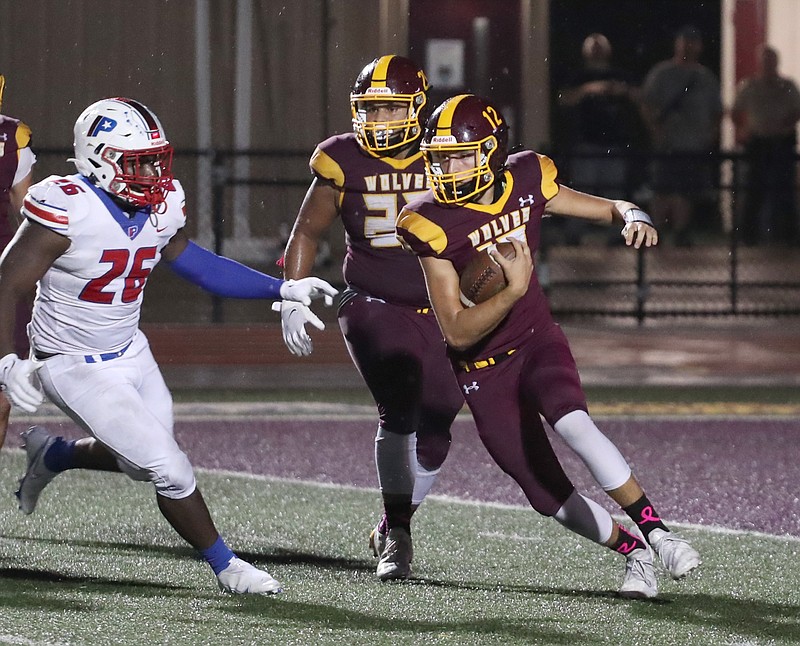 Lake Hamilton may be sitting atop the 6A-West conference and the Arkansas Sports Media poll for Class 6A, but head coach Tommy Gilleran knows that there is not an off week in the conference.

"I think coach has got them playing really well," Gilleran said. "I mean, he's got them, you know, playing fast and playing hard. You know, he's trying to change the culture there. So I think he's doing a lot of good things. I think they're just real young. You know, their quarterback is just a sophomore. So you're gonna have to learn things there."

Gilleran said that the Cyclones are primarily a Spread team, but they will both run and throw the ball. Defensively, he expects them to load the box against the Wolves.

Despite the expected congestion up front, Gilleran expects to stick to what the team does best -- running the football.

"We're gonna run our same stuff; we're just gonna try to be better at it," Gilleran said. "And so I think, you know, we just want to be better what we do, so we've really been working on just techniques of where we're blocking, what we're doing and being more physical and then making sure we're doing things right -- just getting better at what we do."

The Wolves have compiled 1,419 yards on the ground compared to just 292 on their passing game. The ground game depends on their "three-headed monster" -- senior Tevin Hughes, junior Kendrick Martin and junior Justin Crutchmer.

Crutchmer, stepping into the role two games in after senior Owen Miller suffered an ACL injury in the team's second game, has recorded at least 100 yards in each game as he has compiled 409 yards on 32 carries along with six touchdowns. Hughes has 70 touches for 450 yards and seven scores while Martin has 52 carries for 325 yards and three TDs.

"We knew he could be good though," Gilleran said. "It's like we knew that he had that much talent, you know, running the ball, but he started on defense. We try not to play anybody both ways, and that's the reason he hasn't played a whole bunch because we had three other guys that didn't play any defense. But in junior high we knew he was pretty good because he had a lot of yards in junior high.

"And so we thought he'd be good in high school, but like I said, you know, Owen and (Tevin) started as sophomores. They were juniors when he was a sophomore and then Kenny's been on offense since then, too, so he got his chance finally, so he kind of shined."

Gilleran said that Russellville senior defensive end Trevion Traylor is one player that the team will be watching tonight.

After last week's win, Gilleran said that the coaching staff had to work to bring the players back down.

"We had to kind of bring them back down just because, you know, after an emotional big win against a really good football team, you've got to get ready for the next opponent or somebody will get up," he said. "You know, like, Russellville will jump in there and get on you and try to get a win, and so we've got to get our minds ready for every contest. And so that's one of the things we talked about all week."