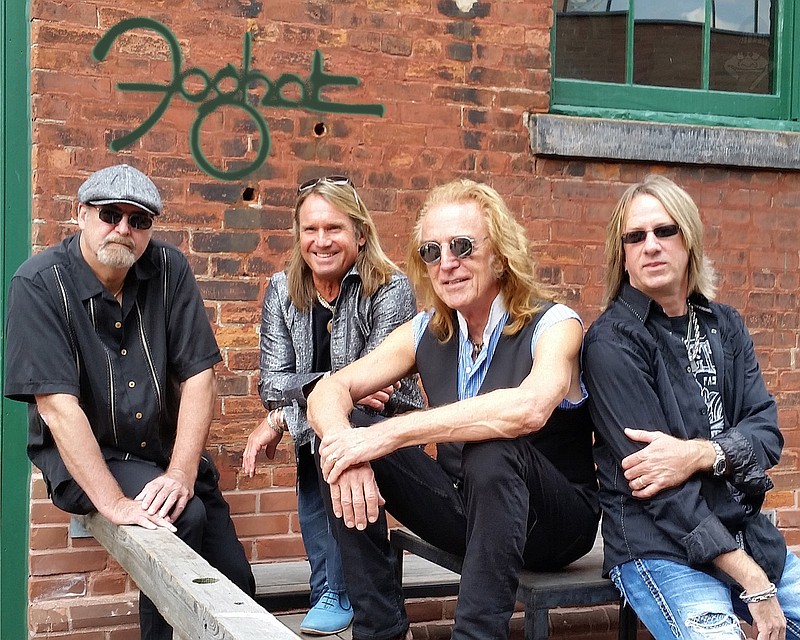 The concert will take place on the St. Patrick's Day Stage at the intersection of Bridge Street, Broadway and Convention Boulevard as soon as the parade ends.

"We are grateful that this legendary band, which we had scheduled to perform in our 2020 parade, has agreed to come to Hot Springs to help us celebrate the return of the full-fledged parade after two disruptions caused by COVID-19. They'll provide a great conclusion to the 2022 celebration," Steve Arrison, CEO of Visit Hot Springs, said in a news release.

Formed in 1971 when Lonesome Dave Peverett and drummer Roger Earl left the British blues-rock band, Savoy Brown, Foghat has earned eight gold records, one platinum record and one double-platinum record, according to a bio provided by Visit Hot Springs.

Their hits include "I Just Want to Make Love to You," "Fool for the City," and "Drivin' Wheel."

"They continue to release new music every few years. They have never stopped touring and recording although there have been several ups and downs and changes over the years. They lost Lonesome Dave Peverett in 2000 and Rod Price in 2005, but Roger Earl kept banging and kicking to keep Foghat's musical legacy going," the release said.

Cheech Marin of the comedy duo Cheech and Chong will serve as 2022's celebrity grand marshal and actor Danny Trejo will be the official starter for the parade, Visit Hot Springs previously announced.