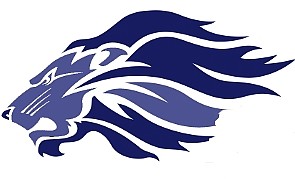 Jessieville is the only team left in Garland County to have not played a countable football game, but that will change Friday night as the Lions travel to Haskell Harmony Grove to face the Cardinals.

Head coach T.J. Burk said that he and his team are ready for the start of the season.

"We're excited to start the season," he said. "You know, nowadays with everything up in the air on the COVID stuff, and you don't know if you're going to get to play one week from the next, you know, we take every opportunity that we can get and try to maximize that. So we're excited to get to play and looking forward to Friday night."

Last season, the Lions took a 42-27 win over the Cardinals at Don Phillips Field, but as a 3A team playing against a team in the toughest conference in Class 4A, the Lions cannot afford to overlook this nonconference foe.

"They had a good group in junior high last year, and a lot of those kids are sophomores now," Burk said. "They're, you know, they're young, but they're still good football players. So they should be much improved from last year, and, you know, stepping up a classification is always a challenge, but something that we're looking forward to."

The Lions are not going into the contest blind, despite the game being the season opener for both teams. The Cardinals faced off against Mayflower two weeks ago in a scrimmage, so the coaches and players have had some film to analyze in preparation for Friday's game.

"They did some good things on film that that we're going to have to account for, and especially offensively, they move the ball pretty much at will," Burk said. "So you know, we've got to account for their, their option attack and make sure that we're tackling who we're supposed to be tackling on every play."

The Cardinals run a Diamond-T offense, which offers plenty of options for the team.

"They run a lot of option out of it, Veer," Burk explained. "They'll run, dive and blast right at us. So they're primarily a run team, but they will also throw the ball a little bit, too."

While the Cardinals were in a 4-3 defense against Mayflower, Burk expects that could change this week. The team does have some size up front that could cause issues for the Lions.

"Defensively, it looks like they've changed to like a 4-3 look," he said. "I don't know that they'll stay in that against us, seeing as how we're a different look than what Mayflower gave him. But you know, they've got some big guys up front. They're fairly athletic in the back, and they they've got guys a little scrape over the top and make plays when you try to get to the edge. So it should be a good contest."

Burk said that the Lions have had some success this fall in getting ready for the season, despite losing key receivers Charlie Davis and Landen Daley.

"Well, we've got some young guys that played a lot for us in junior high last year that have stepped up and done really well on the outside," he said. "We've got Karston Criswell, looks really good catching the football, good athlete. And then on the other side, we've been using Tayt Mounts and Drake Reid. Drake was actually quarterback for us in junior high last year, and he's still playing a little bit of quarterback, but we're utilizing his athleticism at receiver, too. And then Tayt is as sure-handed as it as they come and really good route runner. So we're excited about those guys. They're going to fill that void for us."

Returning for the Lions are a pair of four-year starters in quarterback Carson Hair and running back Matthew Huff.

"It's a dynamic duo back there in the backfield that you don't come across a lot throughout a coaching career," Burk said. "So we've definitely been spoiled with the two of them. Seeing as how we can we can utilize them in different roles, and with Carson you know, he's he's a threat with his arm as well as with his feet. And then Matt, he can, he can get on the edge and run, and he can bang it between the tackles. So it's kind of an ace in the hole. I guess for us having those two guys side by side, and we can do a lot of different things with them and make defenses key on different people."

Kickoff at Sykes Stadium is set for 7 p.m.

Listen to the full podcast episode at https://bit.ly/2Y8gwWn.