BikeFest to kick off Thursday 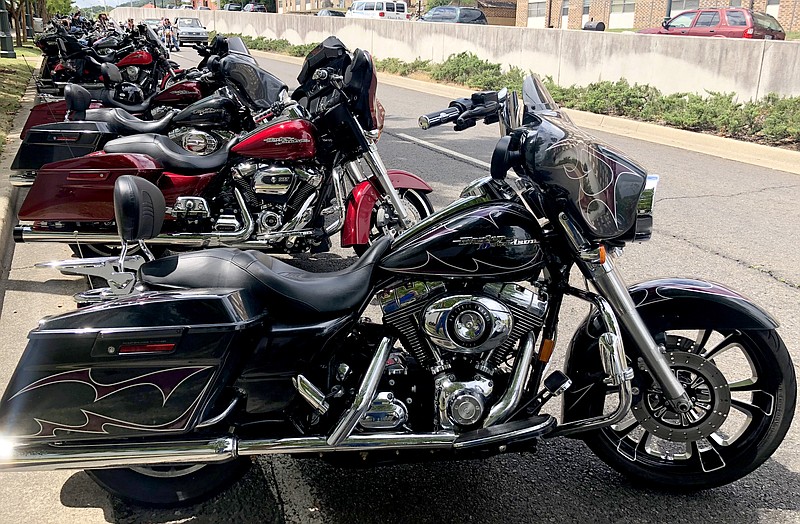 Picking up where The Hot Springs Motorcycle Rally left off, the three-day Hot Springs BikeFest will launch Thursday.

BikeFest is a motorcycle festival that will take place at the Hot Springs Convention Center and the Bridge Street Entertainment District. Festival coordinators Amy and Wendell Roberts told The Sentinel-Record the event is also a fundraiser, with the money raised to be used to help veterans.

Wendell Roberts said while he and his wife participated The Hot Springs Motorcycle Rally, this is the first time they have led a rally. The two run Arkansas Veteran Support Services, and saw reviving the rally as a way to support the nonprofit.

"We are always looking for good ways to have fundraisers," Wendell Roberts said. "This would be fabulous."

Wendell Roberts said they initially decided to put on a rally in February after hearing The Hot Springs Motorcycle Rally would not be returning. He said putting the festival together has taken a lot of effort, but he is excited to see BikeFest finally happen.

Amy Roberts said many of the same events from the rally will return for BikeFest, but "we've added to it."

Returning features include a motorcycle show, poker runs, vendors and a motorcycle parade. One new thing, she noted, is the Dice Walk.

Poker runs are where bikers go out on a sightseeing tour to five locations in the area. At each location, the biker gets a stamp, and when they return to BikeFest, they turn in their stamps and draw five cards. Wendell Roberts said the person with the best five-card-hand wins $500. Amy Roberts said Dice Walk is similar, but the stamps are collected at various stores downtown. When the stamps are returned, dice are used, "kind of like Yahtzee" to determine a winner.

Also new this year are concerts in the Bridge Street Entertainment District.

While it is free to attend the concerts and the bike show, Wendell Roberts said there is a fee to participate in things such as the poker runs and Dice Walk, noting, "just to come and have fun, it's free."

Wendell Roberts said they are hoping 5,000 bikes show up for the event, but with the popular Bikes, Blues, and BBQ rally being canceled in Fayetteville, he said even more bikers could show up.

Asked about COVID-19, Wendell Roberts said "we are just going with hopes and prayers," but noted there will be signage around the convention center telling people masks are optional, and attendees also will be encouraged to keep a social distance of 6 feet between each other.

"Stay safe and have a good time," he said.

The money raised at the festival will be used to help restore a house the nonprofit purchased at 300 Glade St. that was built in 1887, Amy Roberts said, noting the roof is in good shape, but "it needs everything" else.

The house will be used to help struggling veterans; for example, "if a veteran is losing their job or their house, we give them a place to be for six to eight months to get them back on their feet," Wendell Roberts said.

"We're looking for other places too that we can buy cheap and fix up," he said.