WATCH: Arts & The Park will return back to its 'roots' in April 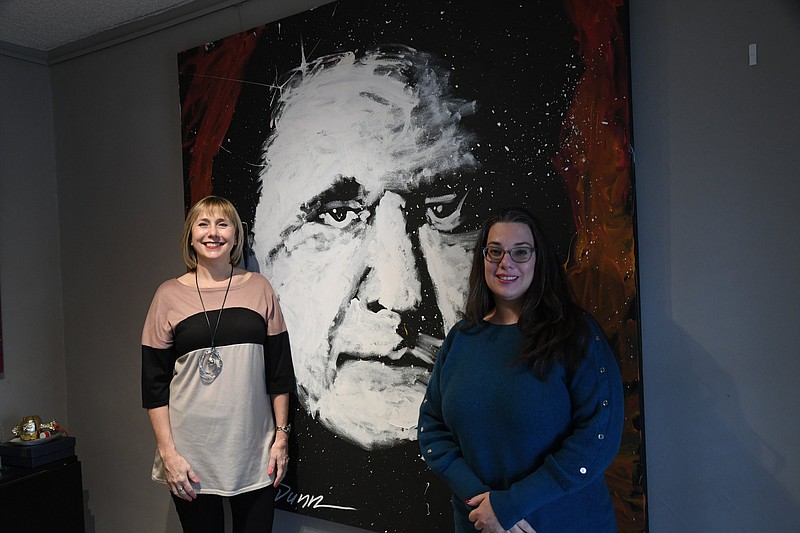 Mary Zunick, left, and Liz Colgrove stand next to a painting of Johnny Cash that was created during an earlier Arts & The Park festival. The two are currently planning this year’s festival. - Photo by Tanner Newton of The Sentinel-Record

Arts & The Park will return to its roots when the ninth festival is held April 29 to May 8, with the theme, appropriately, of "Creative Roots."

"Last year around this time, Mary (Zunick) and I got together, along with our board, and tried to figure out our programming for the following year and we kind of wanted to focus on sort of a folk theme for the festival," Liz Colgrove, festival and programming coordinator for the Hot Springs Area Cultural Alliance, said.

"Get back to the roots and traditional art forms and celebrate every possible one we can find, that we have, especially in our area. As we progressed with that, we started thinking about how similar we are. When you start to study and really look into folk art, cross-culturally, it's all very similar," she said.

"All the roots of storytelling has been intertwined with music and painting, everything, it just kind of all comes into one, and it doesn't matter if your heritage comes from Ireland or Africa or wherever, we all kind of use the same ways to express yourself," Colgrove said.

"We're going to highlight and honor all the ways art is similar in our cultural roots," she said.

The call for artists is "just going out" for the outdoor art exhibit, "Art Moves," for artists who want to participate and "the theme carries over into that," Mary Zunick, executive director of the Alliance, said.

"All of the pieces along the Hot Springs Creek Greenway Trail will open Arts & The Park on April 29, will be inspired, we ask artists to draw inspiration from their cultural roots or our collective Arkansas cultural roots," Zunick said.

Other elements of the festival that will return include gallery tours, Art Springs, Chalk Walk, the Henry Glover songwriting competition, the book giveaway and a virtual cooking class.

"Something exciting and new this year" will be the participation of chalk artists Devon and Lexi, known collectively as the Chalk Twins, for Chalk Walk, Zunick said. 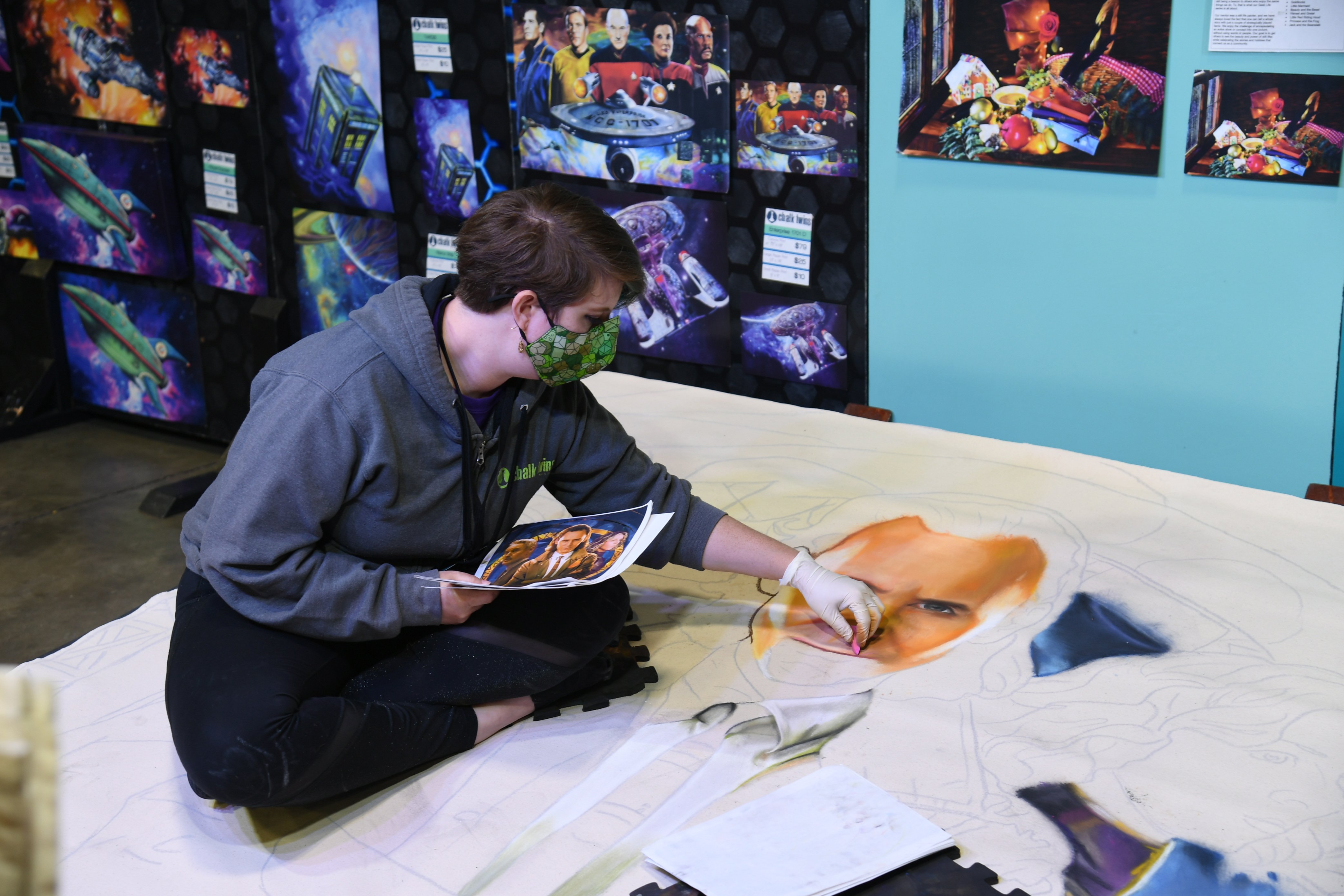 Lexi, of The Chalk Twins, works on making a “Loki” chalk creation at Spa-Con last year. Lexi, and her twin, Devon, have been announced as guests for this year’s Chalk Walk at Arts & The Park. - Photo by Tanner Newton of The Sentinel-Record

The two "were here for Spa-Con previously, so we were able to meet them. They love Hot Springs and they're excited to come back and do some large chalk creations and probably some workshops too, or at least a workshop, for up-and-coming chalk artists," she said.

A new component will be a photography exhibit showcasing the work of the late Mike Disfarmer, a reclusive portrait photographer from the 1930s and 1940s, displayed in the Hot Springs Convention Center.

"He lived for many years in Heber Springs, and captured the beauty of just common, everyday people who lived in Heber Springs, Arkansas," Zunick said, noting Disfarmer has become "quite renowned" for his artist's skill.

"People who lived in Heber Springs, in that area when he was there, I think they just thought he was a bit of an eccentric, but he's become quite revered for his artistic ability," she said.

Zunick said they will also hold a digital photography exhibit "where photographers are inspired by Disfarmer's style, so kind of a new exhibit of photos taken this spring, but they will be of the style of Disfarmer."

As the COVID-19 pandemic is still ongoing, Colgrove said plans for the event could change.

"Just like everything else with COVID, it is by the moment and ever-changing. As of right now we just tend to follow state and (Centers for Disease Control and Prevention) guidelines," she said.

"We want everyone to stay safe. Masks are always encouraged. We want to not be a superspreader event of any kind, we want people to be out in our community and support local artists and businesses, and just a community involvement and engagement, but we want it to happen safely," she said, noting they are going to "play it by ear."

Print Headline: WATCH: Arts &#38; The Park will return back to its 'roots' in April