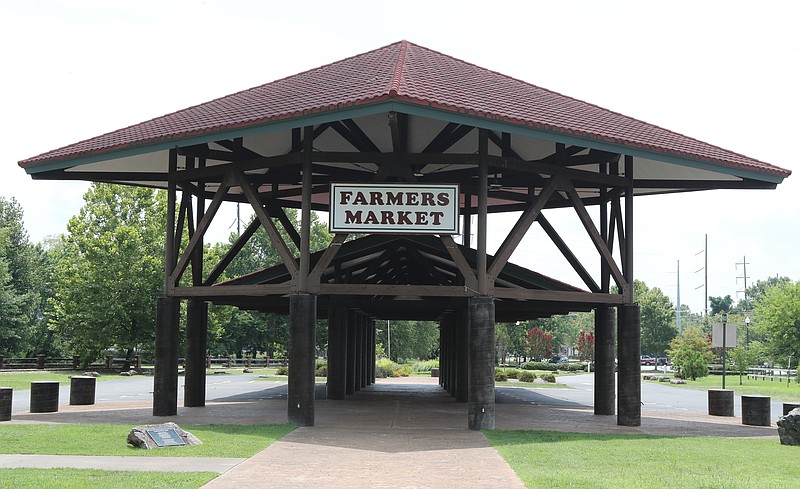 A file photo of the Hot Springs Farmers & Artisans Market. - File photo by The Sentinel-Record

The MLK Jr. Hot Springs Committee, in conjunction with Difference Makers of Hot Springs, will present the free event from 3 to 6 p.m., featuring speakers, live music, and "food and fun for all ages," a news release said.

It has been 38 years since the signing of the Dr. Martin Luther King Jr. National Holiday, making the birthday of King, the chief spokesperson for nonviolent activism in the Civil Rights Movement, a federal holiday, which is observed on the third Monday of January each year.

The Juneteenth celebration commemorates the end of slavery in Texas, two years after the Emancipation Proclamation ended slavery in the United States, the release said.

The annual celebration was started by former slaves to mark the month when slaves in Texas first learned of the Emancipation Proclamation by President Abraham Lincoln, which freed them.

"With the celebration we honor our past achievements and sacrifices, as well as inspiring our youth to maintain their rich heritage and legacy, by building upon our ancestor's accomplishments. Future generations must understand freedom is not free, but was paid for through sacrifices of others, who hoped for a better future," it said.

This year's theme: "The Vote -- Empowering The Future" is "a reminder of the power of the vote," the release said.

"Registering to vote, being a knowledgeable voter, and being an active participant determines future outcomes and are key factors to our democracy," it said.

The event's keynote speaker will be Pebbles Fagan, professor and director of the Center for the Study of Tobacco in the Fay W. Boozman College of Public Health, University of Arkansas for Medical Sciences.

The focus of the event will center around celebrating African American history, education, and advocacy.

The event is open to the public, but attendees are asked to bring their own lawn chairs for seating. Vendors are welcome to participate, but are required to register with a vendor fee, the release said.