WATCH: Life on the EV Highway 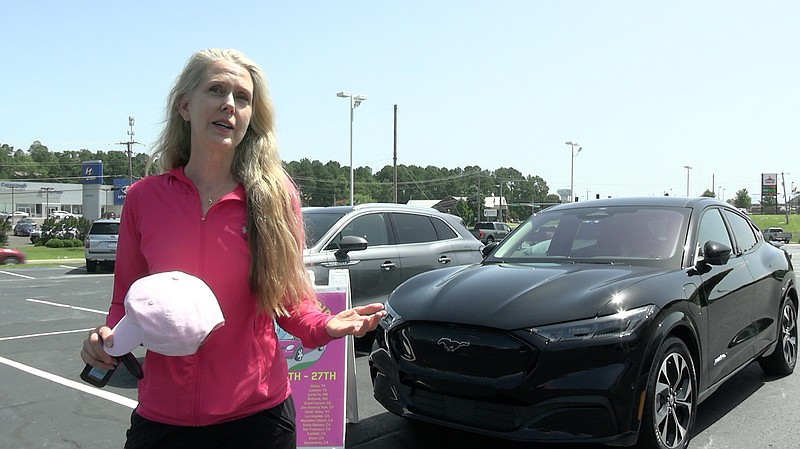 Daphne Dixon, executive director of Live Green Connecticut, explains the goal of the Life on the EV Highway cross-country road trip. - Photo by Andrew Mobley of The Sentinel-Record

Life on the EV Highway, a cross-country road trip to raise awareness of the capabilities of electric vehicles, came through Hot Springs Tuesday and briefly made a stop at the Riser Ford Lincoln dealership on Central Avenue.

The vehicle being used for the trip is a 2021 Ford Mustang Mach-E Premium AWD, driven by Live Green Connecticut founder and Executive Director Daphne Dixon and Program Director Alyssa Murphy.

"We are driving from Connecticut to California to show people that there's no problem getting from point A to point B in an electric vehicle," Dixon said. "Research has shown that 50% of people who are interested in an electric vehicle don't purchase one because they're afraid that they're not going to make it.

"We just wanted to show people that it's no problem to have an electric vehicle and to really get wherever you want. We're traveling 4,700 miles across this beautiful country to show that no matter where you are that you can make it in an EV," she said.

The pair drove from 250 to 400 miles a day and were able to charge at Level 3 chargers for most of the time during the day, Dixon said.

"We'll stop every couple of hours for maybe 20 minutes, stretch, get maybe something to eat," she said.

"The interesting thing is, the car is always charged up before we're ready to go. So it's actually been really simple and it really hasn't taken any extra time. At night when we pull into our hotels, most of them ... the hotel in Hot Springs, they had a Level 2 charger right in the back. So it was just as simple as having a regular car. We drove in, we checked in, and we plugged in and it was seamless ... in general, it's about half the cost of gasoline."

Since 2018, Dixon has championed electrification of the transportation sector, convening regional and national conferences on sustainable development and focusing on electric vehicle infrastructure and planning.

"We are working with an organization called Electrify America. They're helping us identify really great charging stations and they have a campaign called Normal Now, which is helping to educate people across the country about the ease of electrification," she said.

"Ford, like all the other companies, is now two-pronged in its approach" to vehicles, Jason Harris, a sales associate with Riser Ford Lincoln, said. "Yes, there is a huge move to electric vehicles. The problem is, the United States doesn't have the infrastructure nor a good plan to put in the infrastructure -- to make charging stations ... as convenient as people would like them to be.

"In metropolitan areas you got no problem ... rural areas, that becomes difficult, because (if) you have a population of 100, you might have one or two electric vehicles or people that would be interested in them. In that regard, it wouldn't be cost-effective to put a charging area in," he said.

"We're not gas independent yet. However, that is on everybody's mind. So we're looking for more charging stations, making these things more usable by more customers. And that's only going to improve, because there's initiatives, both at the state level and the federal level to get this done," Harris said.

"As soon as they become available, I am going to trade (my car) in ... I throw money away at the gas station all the time. The higher the gas prices the more it becomes a priority in your own mind. As they become more available to the public, I think the sales are only going to continue to go up," he said. "I'm excited about it."

The Life on the EV Highway trip began June 6 in Fairfield, Conn., and will end June 27 at the California Automobile Museum in Sacramento.

While the two were in Hot Springs, a safety recall was announced for certain Mustang Mach E models, years 2021 to 2022. According to the National Highway Traffic Safety Administration, some vehicles' high voltage battery main contactors may overheat.

Dixon said she and Murphy plan to continue the Life on the EV Highway road trip, regardless.

"We are continuing on our route that we've been planning ... no changes. We are headed on -- our next stop is Dallas. We are not planning on changing anything," she said. 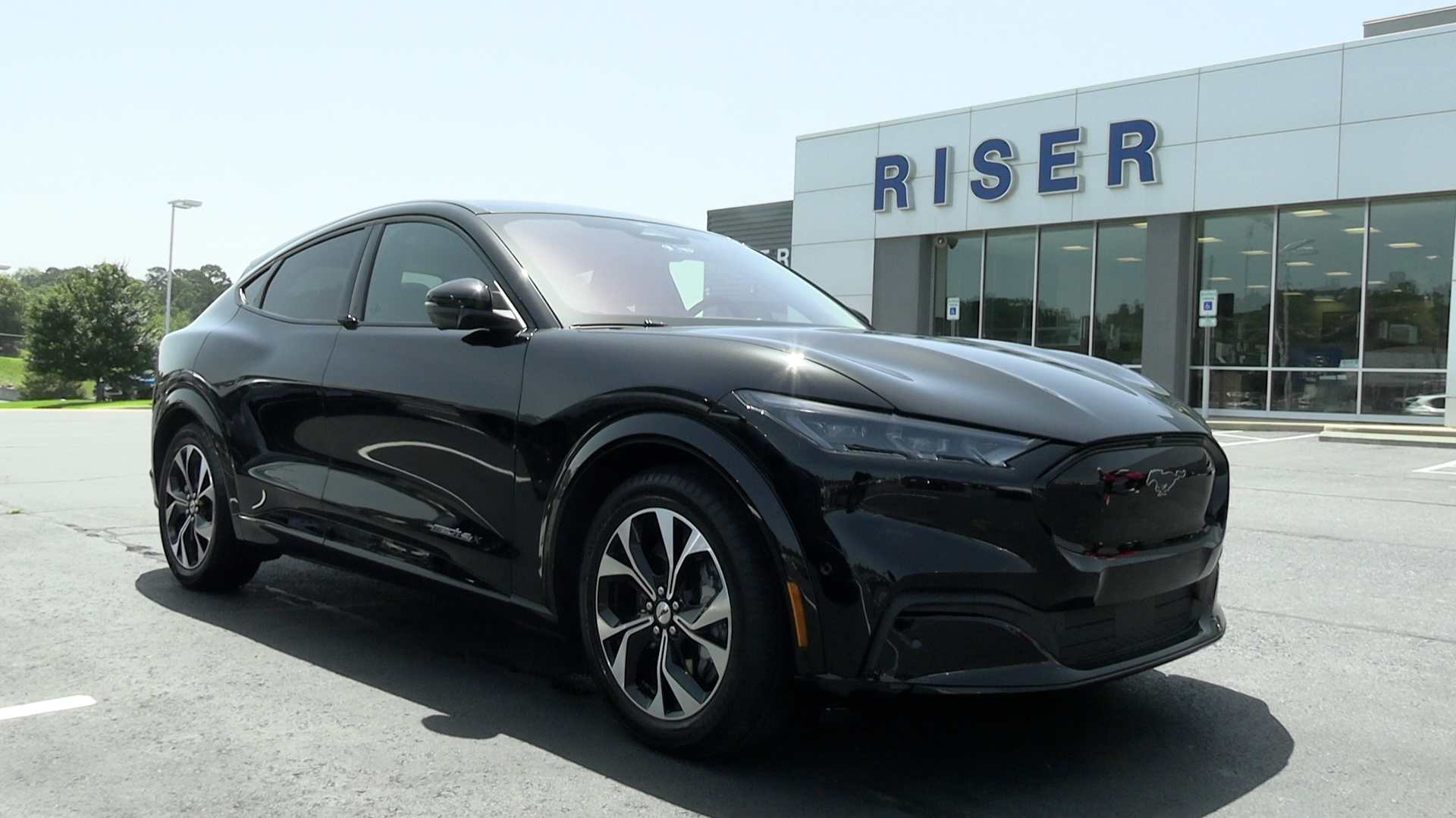 The 2021 Ford Mustang Mach-E Premium being driven by Daphne Dixon and Alyssa Murphy across America. - Photo by Andrew Mobley of The Sentinel-Record