WATCH: ‘Just love what we do’ 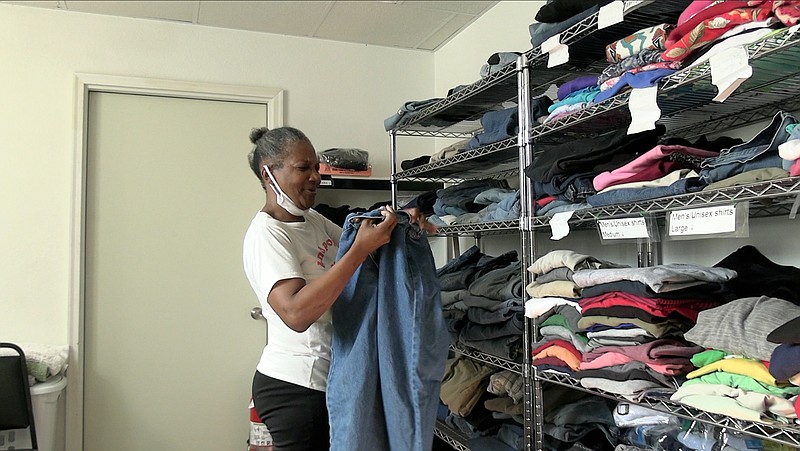 A St. Luke's Episcopal Church volunteer finds clothes for the homeless during the church's weekly Tuesday shower ministry. - Photo by Andrew Mobley of The Sentinel-Record

St. Luke's Episcopal Church operates a shower ministry for the homeless of Hot Springs from 9 a.m. to noon every Tuesday, and with temperatures in the upper 90s this week and rising, volunteers say such services are essential to their well-being.

"It's first-come, first-served, whoever needs a shower. We provide them with a clean set of clothes ... hygiene bag, coffee, doughnuts, and they can have the time to just sit around and visit. We've been doing this for a number of years and there's a great demand for it," said Kathy Randel, St. Luke's outreach coordinator.

"We also have a snack pack program that operates Monday through Thursday, and it's for anybody that needs a snack. It's pop-top food; they can just come ask for a snack pack, pick it up, take it -- they don't have to cook it. We have noticed ... in the last, probably year, the number of senior citizens or underserved clients that come even though they might have a place to stay. Their money runs out, and they subsidize it with wherever they can get food," Randel said.

"Just love what we do. We have a great group of volunteers. We have about 15 people involved in it, and they're here every Tuesday," she said.

"Right now with the weather the way it is, we're operating like some of the other churches, businesses are, with a hydration station that's set up out in front of the church. We have Gatorade and water and we stock that every day, and from what we're hearing from our (people), they really appreciate it," Randel said.

"It means a lot to the homeless people here in Hot Springs. You come in here and get snacks, a shower ... stuff that you can't get because there's ... no daytime places where homeless can go. And plus with this heat, it makes it even worse," a homeless man who did not wish to be identified said.

"It's not even July, August, yet and it's hot. If (it's) like it is now, July and August are going to be worse. And that makes it bad for the homeless in the daytime and at night because we have to sleep outside. It doesn't get cool at nighttime, it's still muggy and hot. It's kind of hard to sleep and sweat. And then you got to get up ... and be in the heat, and then go to sleep in the heat. Some of us go to the library, others just find a little shady spot somewhere," he said.

"They have done cooling shelters in the past, in the winter time they do warming shelters ... this is a good place, the people here are nice. They do whatever they can to help you."

"They help you out. They help you get off the street. I got a job and I'm trying to do my own business," Bernard Hall, formerly homeless, said.

St. Luke's can't do all it does alone, however.

"This year, look at the temperatures we are facing -- and it's not just St. Luke's doing this -- the entire community gets involved," Randel said. "There are warming shelters ... manned by different faith communities, just individuals ... this year the cooling shelters are a challenge because we have some issues here with our air conditioning and we have a school so it's hard for us to open up during the day for a cooling shelter. And so we're just waiting, hoping that another organization that has space that's accessible will offer." 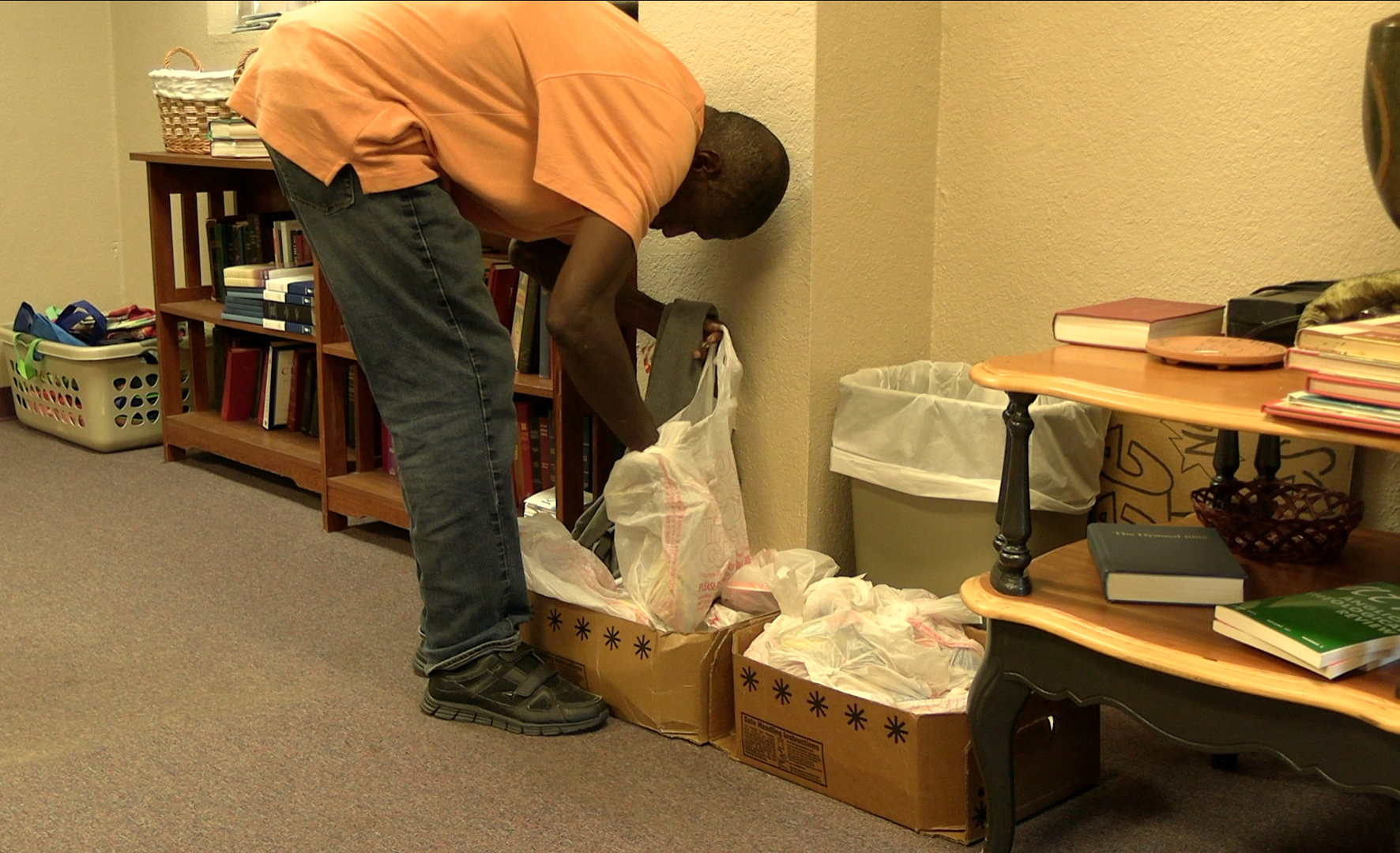 A man takes one of the snack packs available for the homeless at St. Lukes Episcopal Church. - Photo by Andrew Mobley of The Sentinel-Record

Print Headline: WATCH: ‘Just love what we do’