WATCH: Harrington thrives in role with Habitat for Humanity 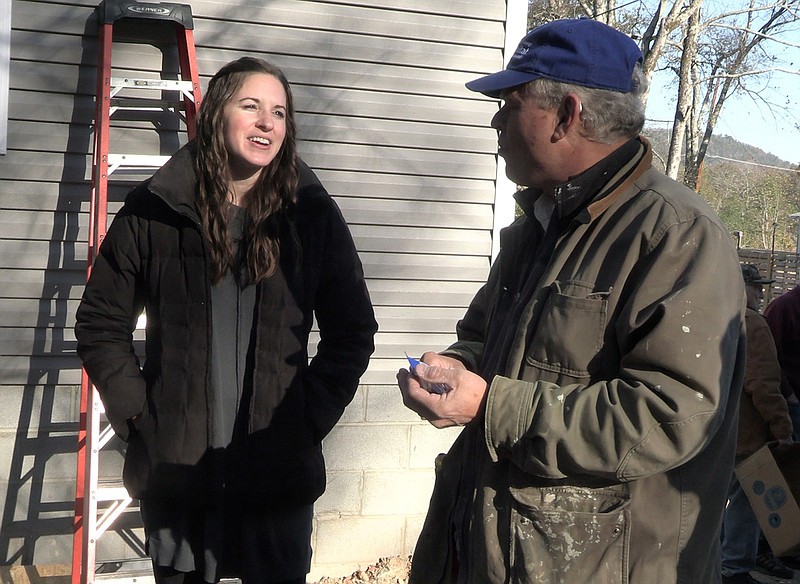 Libby Harrington, left, speaks with a volunteer at the construction site of a Habitat for Humanity home. – Photo by Courtney Edwards of The Sentinel-Record

Being involved in the community is something Libby Harrington enjoys, which is one of the reasons she accepted the job as the community engagement director for Garland County Habitat for Humanity.

Had she not worked for Express Employment Professionals before the position for Habitat for Humanity became available, she wouldn't have even applied, she said.

"I didn't know anything about the community, and I wasn't really involved up until that point, but that job definitely gave me a passion for our community," she said.

Having played volleyball throughout college, Harrington got her first job out of college as a general manager and coach at a volleyball club in Little Rock. She soon realized she wanted to take a different path, though, where she wasn't in such a high-pressure position and where she could help people.

"I realized I don't want all the pressure on me, like I want to be able to help out somewhere," she said.

This led to her becoming a dental assistant for about eight years until she eventually transitioned to Express Employment.

"And that's what really got me plugged into the community and knowing a lot about Hot Springs and who's here and what's going on," she said.

Harrington had volunteered for Habitat for Humanity's annual Heels to Hammers event before, she said.

Being familiar with the organization, when the position as the community engagement director opened, it "piqued my interest," she said, but it took a while for her to act on it.

"I just sat on it for a while and I did nothing, but then it just kept kinda popping in the back of my mind."

The Heels to Hammer event primarily gives women a chance to volunteer their time in helping at the construction sites of Habitat for Humanity homes. This year's event involved building the local organization's first two-story home. It was also Harrington's first event as the community engagement director.

Homeowners who receive homes through Habitat for Humanity are required to meet a certain amount of "equity hours," or hours they volunteer toward building their own home or helping the organization in other ways.

Harrington eventually reached out to the director and decided to take the position in October.

"It just turned into something that I really wanted to pursue, and hearing I'd get to work with the homeowners who were getting their hours, and I just thought it'd be really rewarding to be able to work with them on that side and then also see them at their home dedication and everything in between," she said.

"The volunteers are amazing. I've mostly been on the construction side. I usually go check them in in the mornings and see how the crew's doing."

The Heels to Hammers event "was really fun, but you work on it one day," she said. "So you do your part, but it's been really cool this year because I got to see what happens every single day through the whole two week process and see what it's accomplishing."

Having lived in Hot Springs since 2016, her position with Habitat for Humanity isn't the only way Harrington is involved with the local community. She is also an ambassador for The Greater Hot Springs Chamber of Commerce and a member of the Hot Springs National Park Rotary Club. 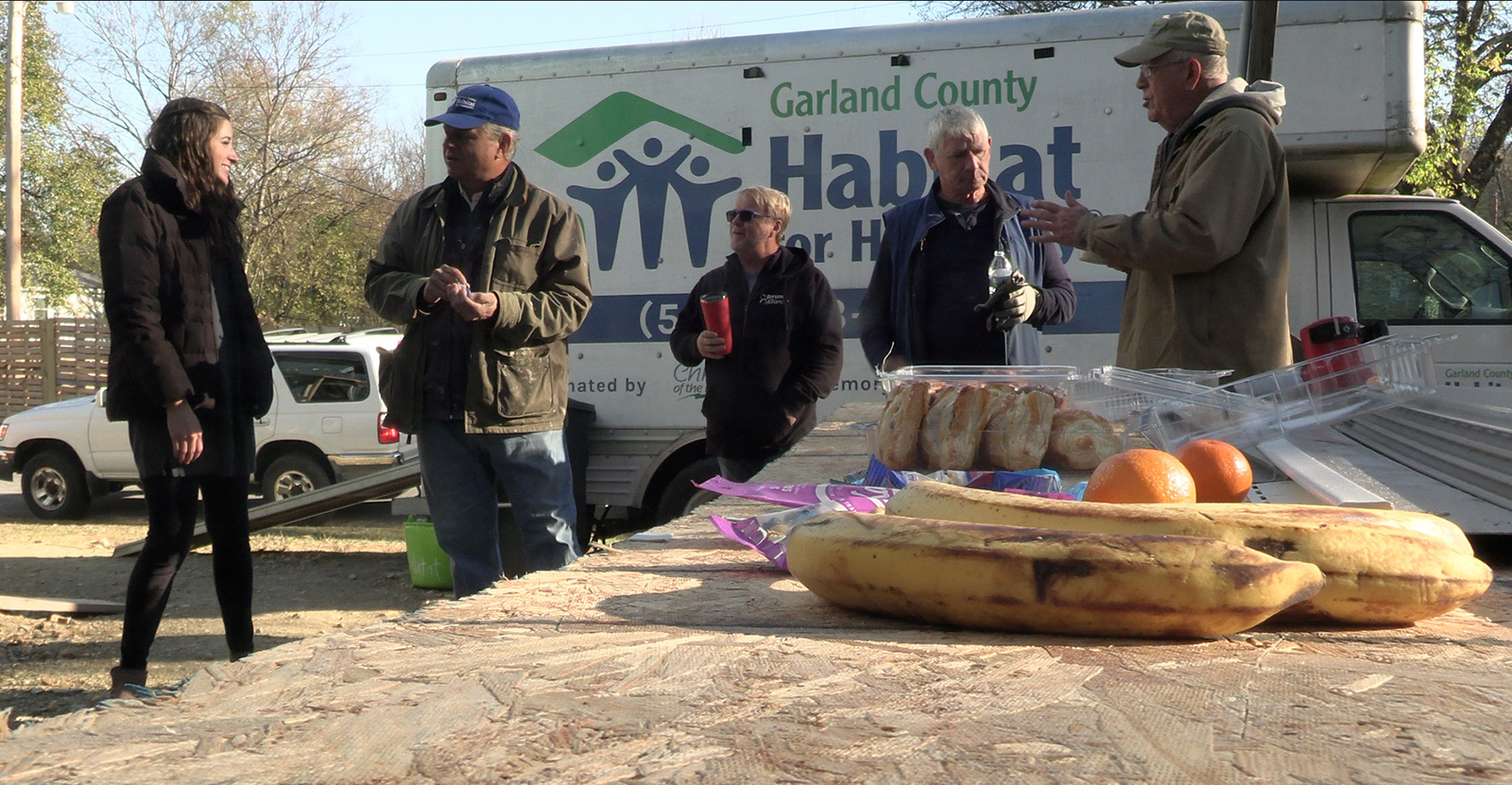 Libby Harrington, left, speaks with volunteers while they take a break on the construction site of a Habitat for Humanity home. – Photo by Courtney Edwards of The Sentinel-Record