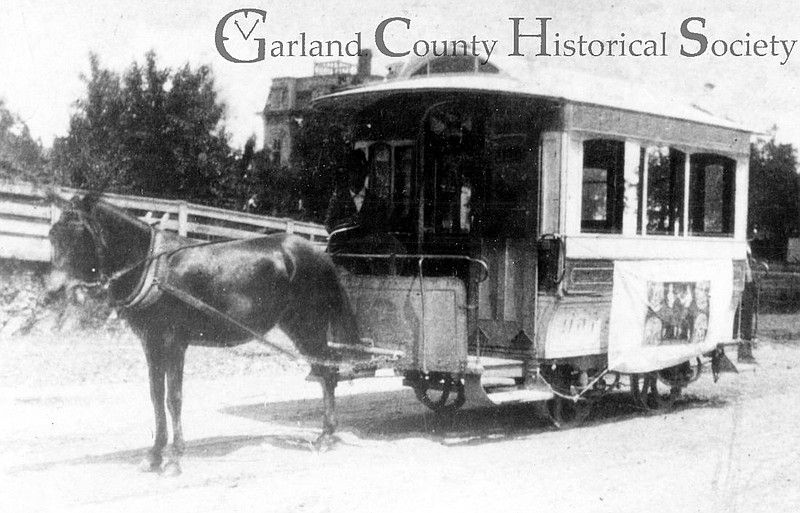 Since October is National Squirrel Awareness Month, it’s the perfect time to appreciate the quirky, adorable squirrels that abound in Hot Springs National Park (see photo in gallery below) and across Garland County. This is a good time to recognize that Hot Springs history isn’t just the stories of people and buildings and floods and fires. Animals have been a part of our history, too.

For example, when the alarm sounded in our first fire station, firemen would quickly hitch Curly, a white horse, to the department’s only fire-fighting apparatus, and Curly would race through our unpaved streets to the fire. Other horses and wagons were soon acquired, but Curly remained a great favorite with the kids (and adults) of Hot Springs. He was so popular that in 1882 he was presented as a surprise attraction on stage at the Opera House during the opening night of Othello. He couldn’t act, of course, but he did help raise money for the Fire Department.

A frisky wire-haired terrier, Bill Dooley, was the beloved mascot of the Fire Department for 11 years, beginning in 1898. He would ride to fires perched on the seat of the fire wagon. Once, with warning barks, he saved two firemen from plunging through the burned second floor of a building. It was indeed a dark day in 1909 when Bill died in the line of duty — he was accidentally crushed underneath the wheels of a wagon leaving on a call.

Lazy or smart? In the 1880s a mule-drawn trolley car ran up Fountain Street to Happy Hollow Amusement Park. Since Fountain Street had a slight incline, it was not necessary for the mule to pull the car back down to Central Avenue. He was unhitched to walk back to Central behind the trolley. One day, however, some say that the mule suddenly clambered aboard the rear platform and rode down the hill. And from then on, he completed every return trip as a passenger in his own car.

Many entertainment stars have visited Hot Springs — and one was a dog. In the 1930s, Colonel Dudley (a Boston terrier from Dayton, Ohio) was a big star on radio. He had broadcast live over 45 stations, barking or growling on cue, and had been featured in Ripley’s “Believe it or Not.” But before he tried to break into the movies in Hollywood, he needed to lose some weight. The solution? Hot Springs thermal baths!

We’re probably the only town that can claim both an ostrich farm and a (still-running) alligator farm. Besides unusual animals, however, Hot Springs has been the home of very smart ones, thanks to Keller and Marian Breland. Animal behaviorists who did serious work for the United States military, the Brelands also trained over 10,000 animal performers, some of whom performed in the 1950s and 1960s at the I.Q. Zoo on Whittington Avenue. Crowd favorites included Donald the Drumming Duck, Clara the Clucking Clerk (who would sell you a postcard), Graceful Gertie (a chicken tightrope artist), Porky Pig (who put coins into a piggy bank), Peter Rabbit (who took your photograph), and a basketball-playing raccoon.

So when we think about Hot Springs’ colorful past, let’s not forget our animals!