Discovering conglomerates at the Crater 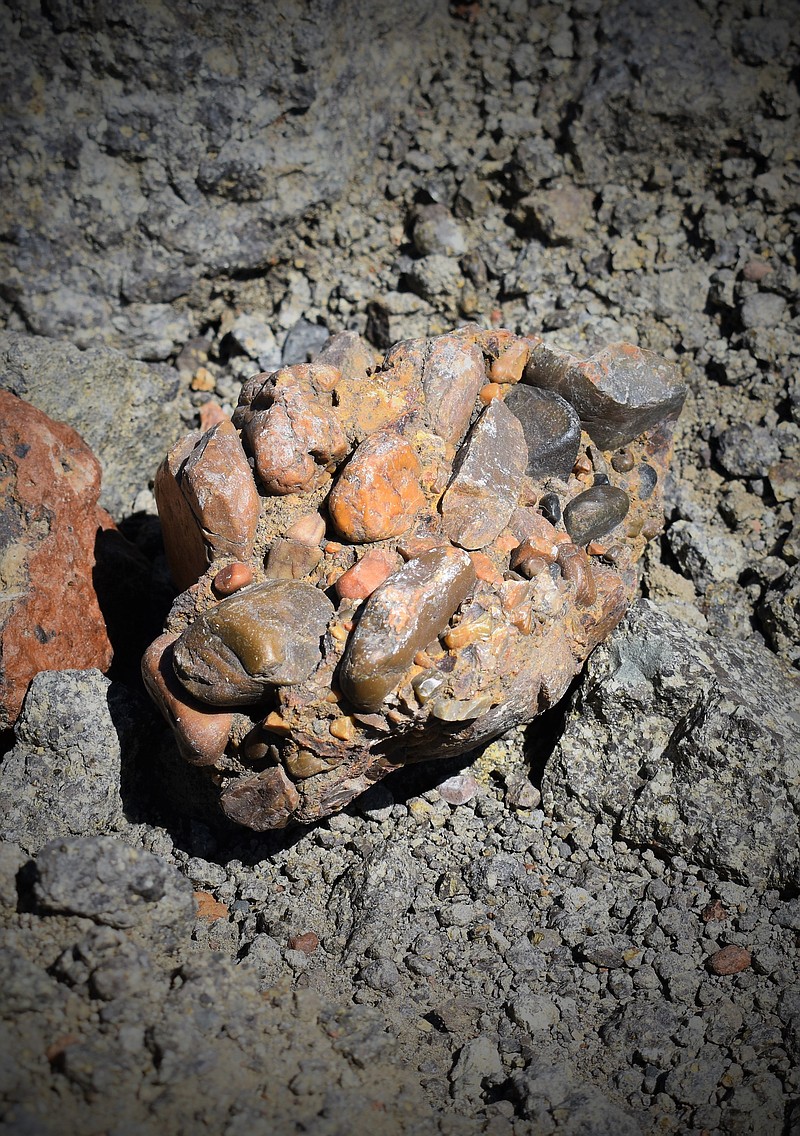 A conglomerate is a sedimentary rock of made of other rocks glued together, like nature’s concrete. - Submitted photo

MURFREESBORO -- Visitors can find all three types of rocks at Crater of Diamonds State Park: sedimentary, metamorphic, and igneous. Each of the rocks is formed through physical changes, such as erosion or compacting. A conglomerate is a sedimentary rock of made of other rocks glued together, like nature's concrete.

Crater conglomerates have made quite the journey to end up here at the park. The rocks in some conglomerates found at the Crater originated from the nearby Ouachita Mountains and were transported through waterways that changed through courses over hundreds of thousands of years.

This process started during the Cretaceous Period when Arkansas was underwater. It's hard to imagine that Arkansas once had a coastline. High waves tossed out clay and fine sand, making a gravel coastline.

As gravel beds compacted together from rising and falling sea levels, sediments and dissolved chemicals such as iron oxides cemented the rocks together, creating conglomerates. This type of conglomerate is called ironstone conglomerates.

The beds of conglomerates were created after the formation and burial of the Prairie Creek diatreme, the volcano that bought diamonds to southwest Arkansas. Due to a diamond's negative charge, diamonds are not found in conglomerates. However, that doesn't mean conglomerates are not worth collecting; they make up less than 1% of all sedimentary rocks worldwide.

Because of their multiple colors and hard, solid structure, conglomerate rocks are used in construction or as decorative stones in jewelry or other ornamentation.

Special to The Sentinel-Record