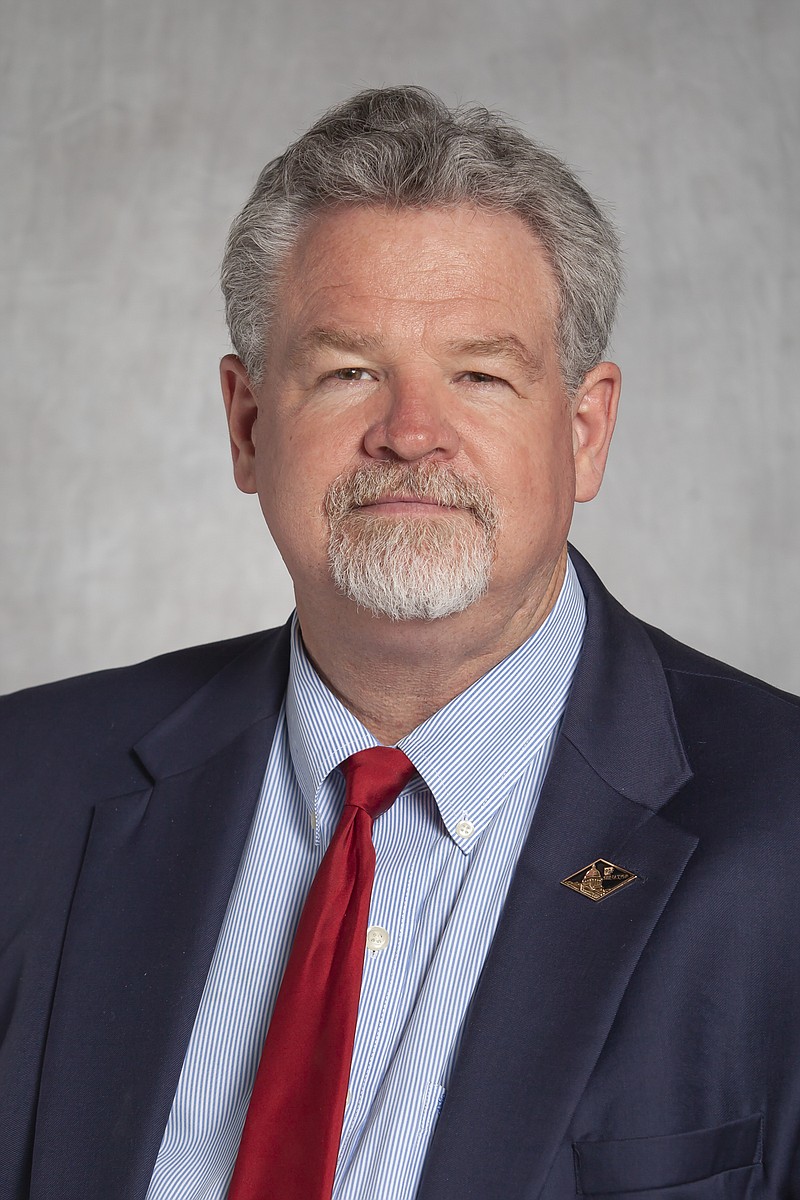 LITTLE ROCK -- State Sen. Alan Clark, R-District 13, of Lonsdale won't have access to Senate offices and can't participate in legislative meetings after the Senate on Tuesday ruled he made a frivolous ethics complaint against a fellow lawmaker in retaliation for sanctions he received earlier this year.

By a 26-4 vote, the majority-Republican Senate approved its ethics committee's recommendation to suspend Clark for the rest of the 93rd General Assembly, which ends on Jan. 8.

The Senate earlier this month rejected a complaint Clark had filed against Democratic Sen. Stephanie Flowers accusing her of improperly receiving per diem payments for legislative meetings she attended via Zoom.

The ethics panel ruled that Clark had filed the complaint as retaliation after the Senate stripped him and another lawmaker of their leadership posts after Clark sought reimbursement for a meeting he didn't attend.

"The committee felt that the comments and actions of Sen. Clark, including bringing these ethics petitions for the purpose of retaliation, were bringing dishonor and disruption to the institution of the Senate," Republican Sen. Kim Hammer, who chairs the ethics committee, told senators before the vote.

Clark didn't attend Tuesday's proceedings, citing a long-planned trip with his family and said his attorneys would not have been able to attend. The lawmaker accused the Senate of punishing a whistleblower with its vote.

"How can we be expected to fight corruption and wrongdoing in government if we can't reveal and stand against our own questionable behavior?" Clark said in a statement via text message. "I am saddened for this body that I love, more than anything else."

Rules the Senate adopted during the coronavirus pandemic allowed members to participate remotely, but not receive per diem funds. Flowers had not requested the payments and repaid the money in August after she realized she had received them because of a clerical error, the ethics committee found.

The ethics committee cited comments Clark made before filing the complaint on social media and a picture that circulated of him wearing a scarlet "E" -- similar to the scarlet "A" worn as punishment for adultery in Nathaniel Hawthorne's The Scarlet Letter -- at a Republican Party event after he was sanctioned by the Senate.

The vote came after nearly three hours of contentious debate, with defenders of Clark criticizing the Senate for taking up the ethics charges without him present. Legislative leaders noted that other lawmakers had made time for the Senate's proceedings, despite work and other obligations.

Republican Sen. David Wallace, who voted to suspend Clark, at one point complained about the drawn-out debate over the Senate's ethics procedures.

The vote marks the first time a senator has been suspended under a 2018 overhaul of the Senate's ethics rules that were enacted after several lawmakers were implicated in a federal corruption probe.

After suspending Clark, the Senate also voted to change its rules to require that an ethics complaint be filed by at least three senators, rather than just one.